While there are many 20mm (or 1/72) sources to get figures from it seems that Elhiem and Caesar are somehow the most common to be found on gaming tables recently. The questions occurs again and again - how do pewter figs from Elhiem compare to "true" 1/72 scale plastics?

Brian (from the Hobbyden - see link in the right column) has done a nice shot to compare them both and allowed me to use these pictures (thanks, mate!). 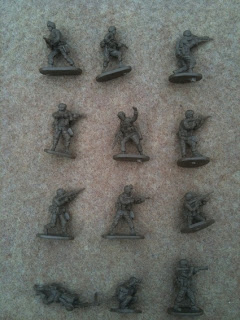 First off, Brian started to show us what comes with the cheap box of Caesar's 1/72 "modern US" set. There are some really nices poses included and for the really good price of just a single box they might be good for a lot of people to get started with "moderns". The cost of a single box of Caesar figures should be lower than 10 Euro and it holds 42 (!!) figures. Caesar figures are in perfect 1/72 scale. What Brian doesn't like about them are the helmets - in his opinion they could have been done better. 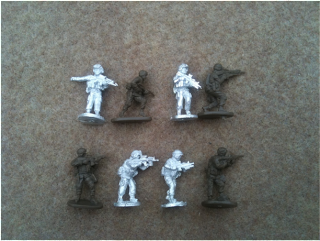 Now with the second pic, Brian shows us that Matt's pewter figures (Elhiem) are a perfect match of the plastics. While they are a tad chunkier (due to the material used) in my opinion they would mix perfectly. After all, humans come in different sizes, too. I have an US Army force that uses both, pewter figs from various sources and also Caesar's plastics. While opinions differ, I think especially the plastic sets from Caesar are a good way into the hobby. You can also get "insurgents" in a box of around 40 figures.
What troubles me with the Caesar plastics is the strange way how they include weapon options into their sets - the "modern US" for example includes the heavy .50cal sniper rifle but no spotter figure. It also has no M249 SAW included but M240 Medium MGs.
To build correct forces with those boxes you'll need to get yourself the other sets available from Caesar - just for some SAWs. :-( But when you do, you get various weapon options for a good price. Caesar plastics aren't as flimsy as others (Revell for example), they paint up rather nice.
Eingestellt von Chris M. aka "Sgt. Scream" um 12:19 6 comments: 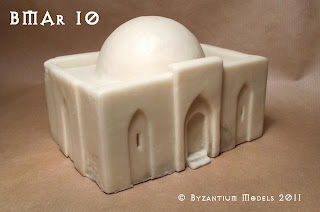 another adobe from Rob
S&S Models releases for July: 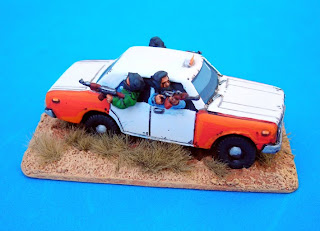 Insurgent drivers - these are half figures that can be attached to the sides of diecast or resin vehicles. 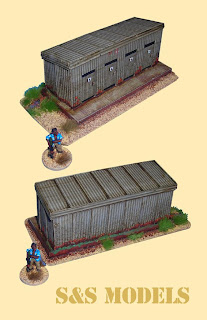 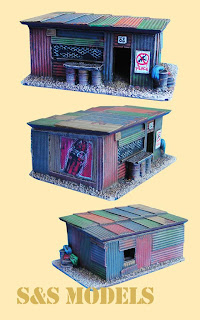 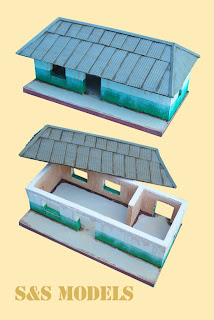 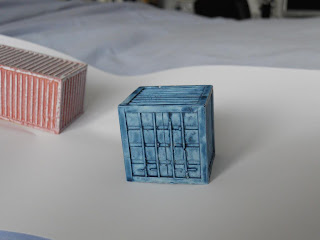 We will be updating our website this week with the news as well as our first changes of existing ranges to harmonise them with FoF army lists.
The first changes will be to remove the existing OIF (Operation Iraqi Freedom) US infantry and replace them with IBA (interceptor Body Armour) range. The IBA will consist of new and re-worked OIF figures placed into packs that will expand the original line and make picking your figures for FoF easier.
The new IBA range will have sniper teams, a medic, NCO's, JTAC and mortar teams.
In addition we will start FoF Battle Packs, pre picked packs that will allow you to buy all you need to start playing (other than paint and preparation).
Eingestellt von Chris M. aka "Sgt. Scream" um 21:59 2 comments: 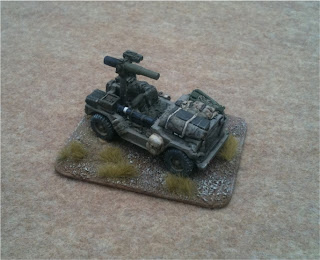 Byzantinum Models releases for July:
Rob wrote:
Finally we have the first sets of buildings out of the moulds for the new Byzantium range of Arabic buildings. intended orginally to represent poor rural communities the inspiration for the masters comes mostly from Afghanistan, although many of the features are common to this type of housing from North Africa across to the Middle-East. As usual we tend towards smaller houses based around the games we play, however we have some larger models due for release soon...All the roof's are removeable - and the walls have a nice subtle uneven surface which is typical, with some rendering crumbling away to reveal the hand made bricks beneath... 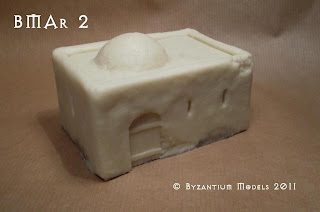 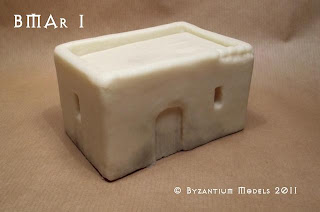 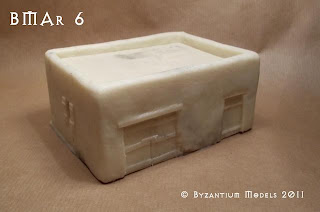 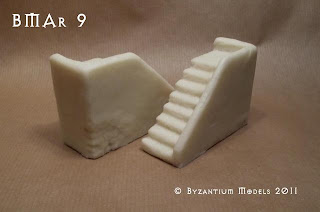 Thanks to Jose V. once again for taking some pictures of his selection of 20mm pewter miniatures for African conflicts. Jose has now added the excellent S&S miniatures that were released just recently over the last few month.

Click the images to see them in full size.

From left: Elhiem; S&S (Shaun was worried these being youth elements); 2 Liberation Miniatures (to get the full spectrum), Mutineer and Flashing Blade (by now, I believe, OOP).

Now more pictures for those with measurements in mind...

My kudos to Jose for allowing me to use his pictures. Thanks, mate. ;-)
Eingestellt von Chris M. aka "Sgt. Scream" um 23:53 No comments: