Treasures from the past: a dive into (WH40k) Rogue Trader skirmish games

I've started to follow a whole bunch of "Oldhammer" blogs within the last two or three months. The more I saw of other people's work on some of the very first miniatures that were ever released for 40k, the more I wanted to join them and add some of this to my own collection. It's amazing how impressive these old sculpts can look if they are treated with modern painting techniques and basing materials. I really don't know why in my earlier days I disliked the original Rogue Trader miniatures. Some of them are having such beautiful poses while others just look mean and brutal (man, I like the old Space Orks!)

Anyway, I have started to browse the web and bought stuff here and there to create two little skirmish armies for games of Rogue Trader 40k. One will be "beakies" only, the very first incarnation of Space Marines, made with plastic and metal miniatures. The other force will be Space Orks and those will most likely consist entirely of metal figures from the first edition of 40k, with some Goff Boyz from 2nd edition's starter box for slugga boyz. 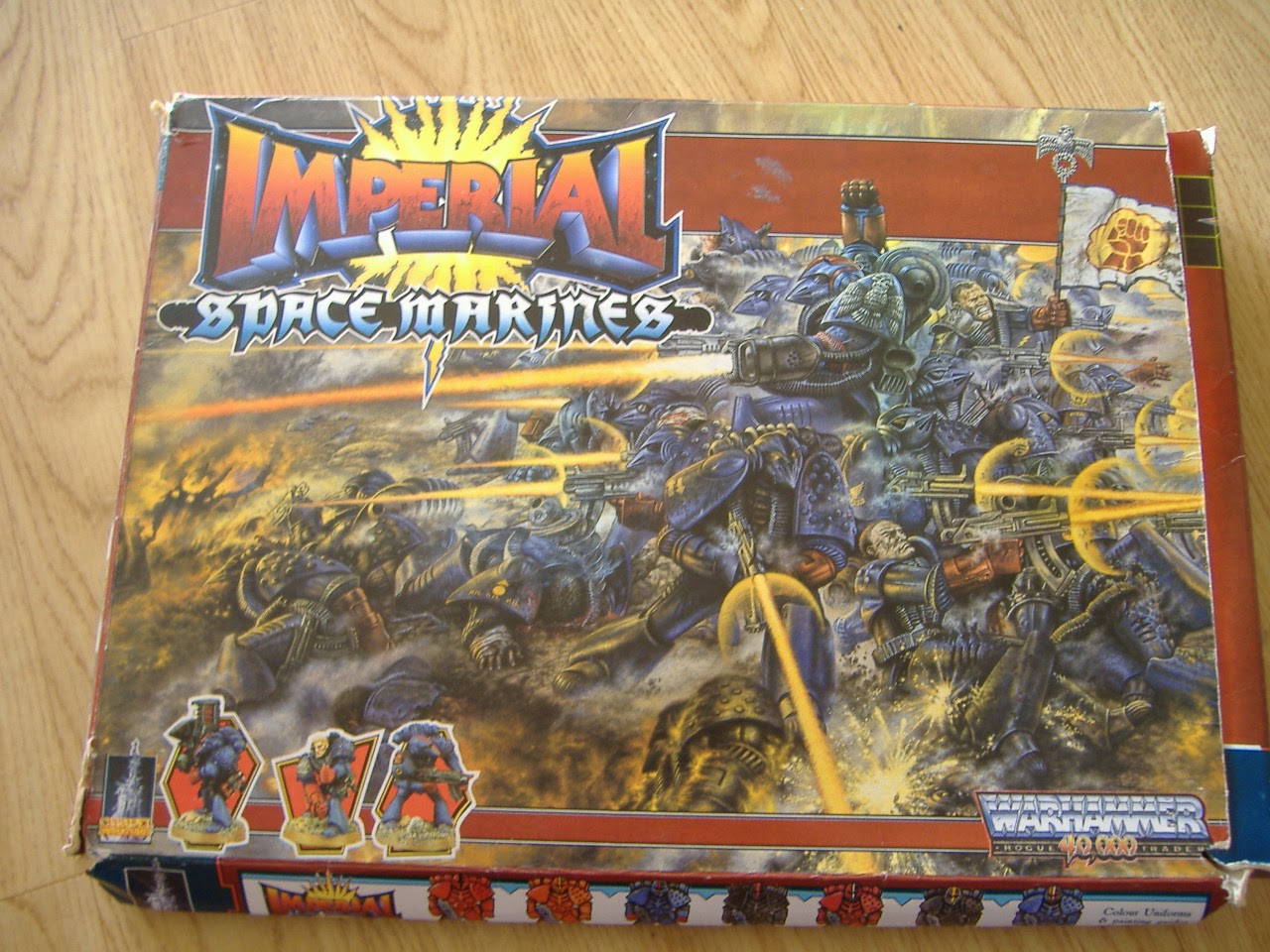 Planning on missions around the "Wolf Time" campaign published in "Book Of The Astronomicon", I have also been searching the net for Games Workshop's dungeon floor tiles and the like.

Luckily I was able to pick up four boxes which to my total astonishment were all four complete! Mind you, these were released between 1980 and 1987! All are in near mint condition. 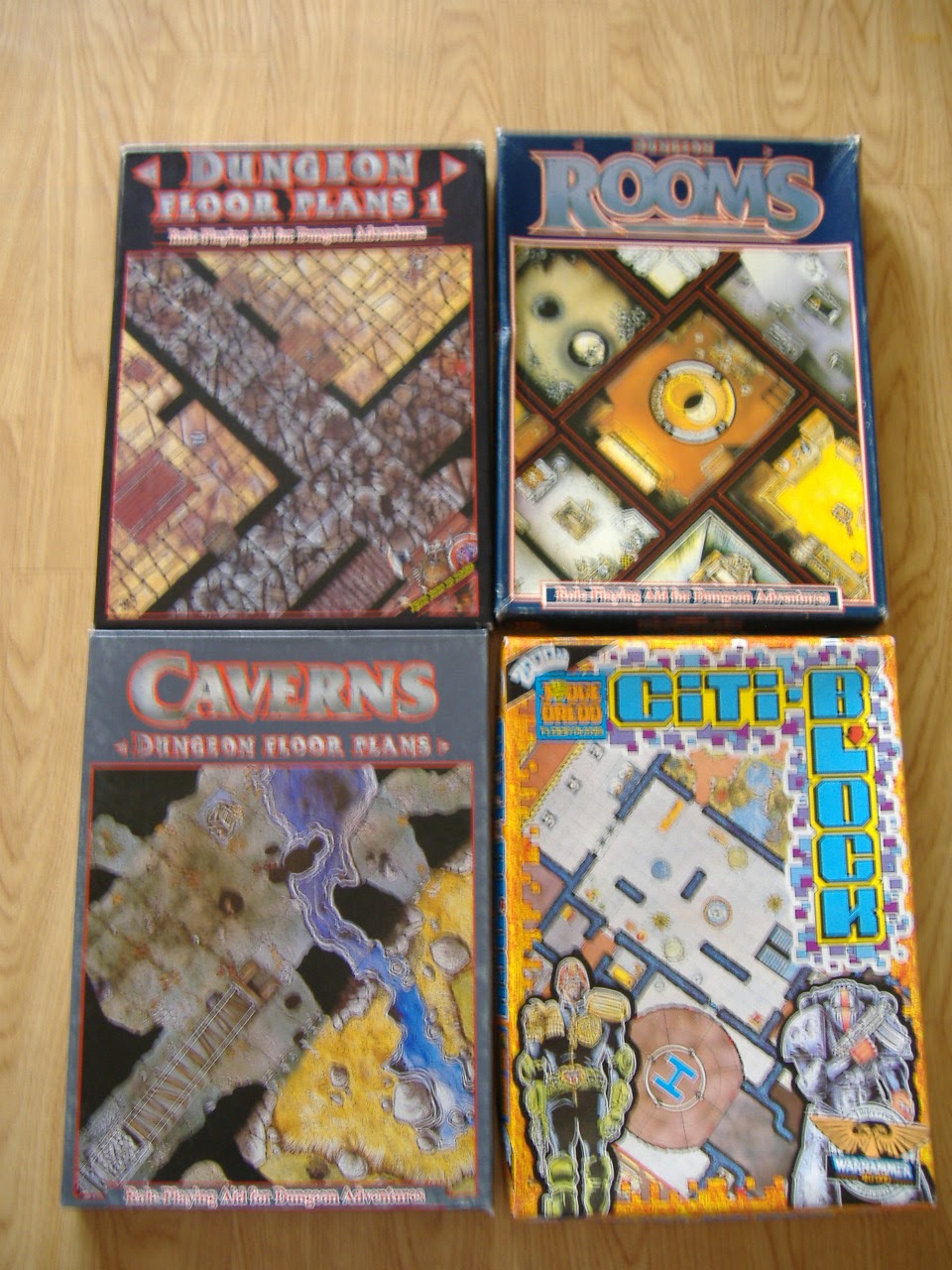 I am planning on painting all forces on my own and then game-mastering the whole campaign of "Rynn's world" (Battle at the farm, Jadeberry Hill, Krugerport as in WD articles and core rules), "Wolf Time" (found in Book Of The Astronomicon) and the "Battle for Armageddon (2nd edition starter set)". I might have some side stories available loosely based on "Piscina IV" (a scenario set for 2nd edition) and some other minigame rules from very old White Dwarf issues.
Hopefully I can achieve something that makes sense while using a whole bunch of stories to create a  long lasting Adeptus Astartes crusade to crush an Ork empire. While the Orks more or less won't mind having casualties, the Marine player is going to have only a preset amount of forces at his disposal to succeed.
We'll see how well he's going to do. If they are going to be destroyed a long time before my planned end of the campaign, the chapter might end up getting help from their brothers of the Red Scorpion Chapter, which you can check out HERE (another blog of mine). 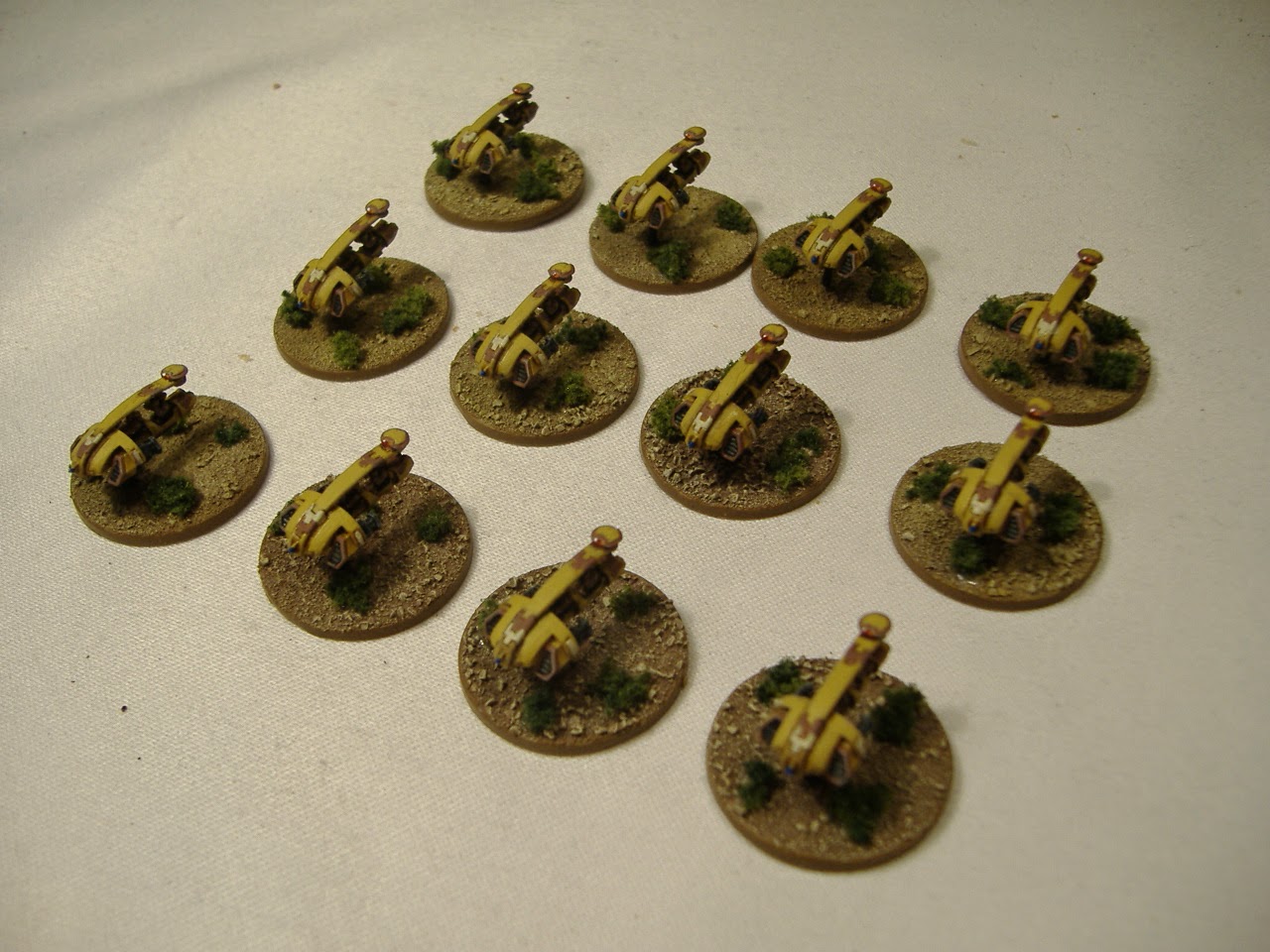 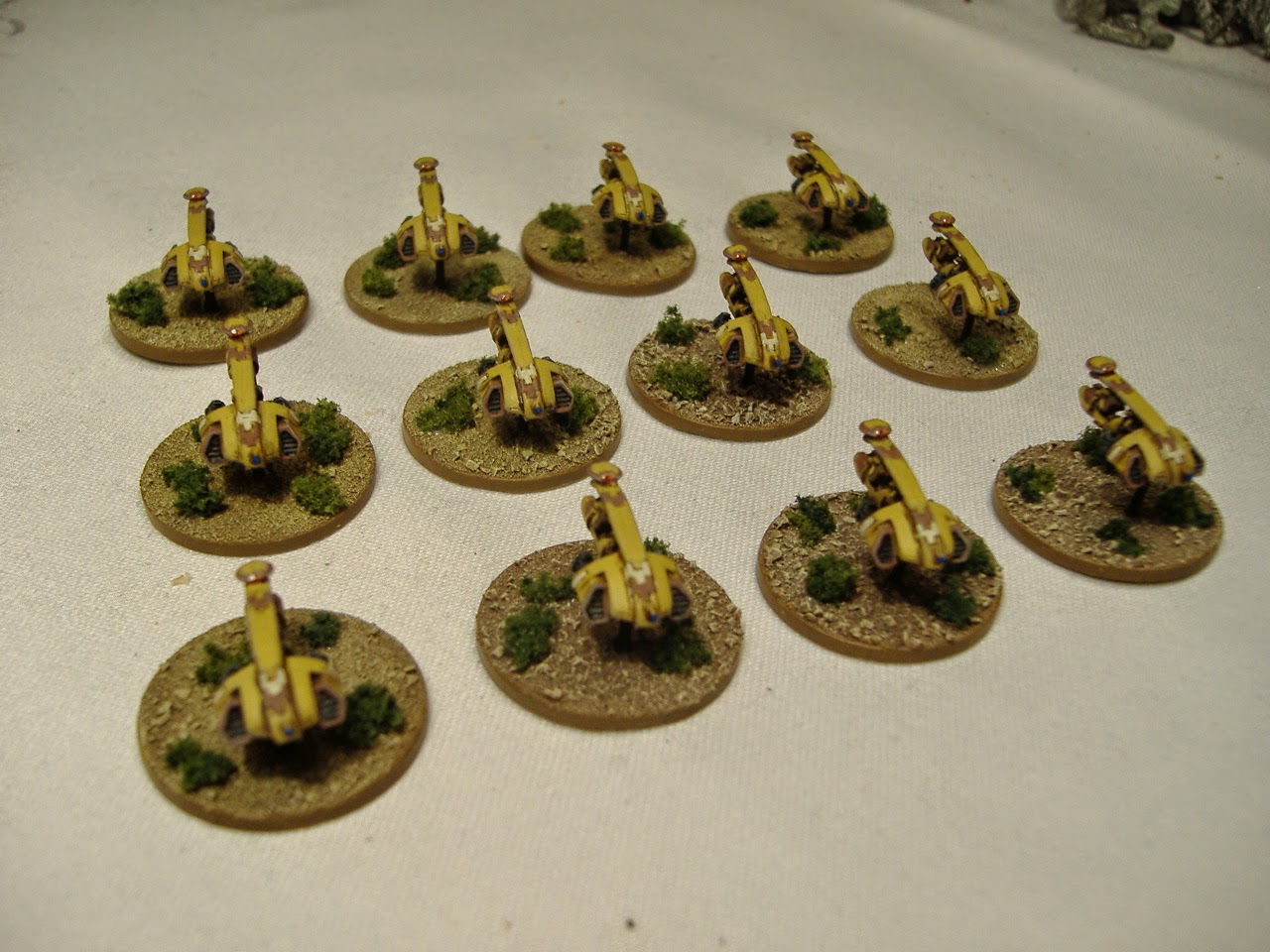 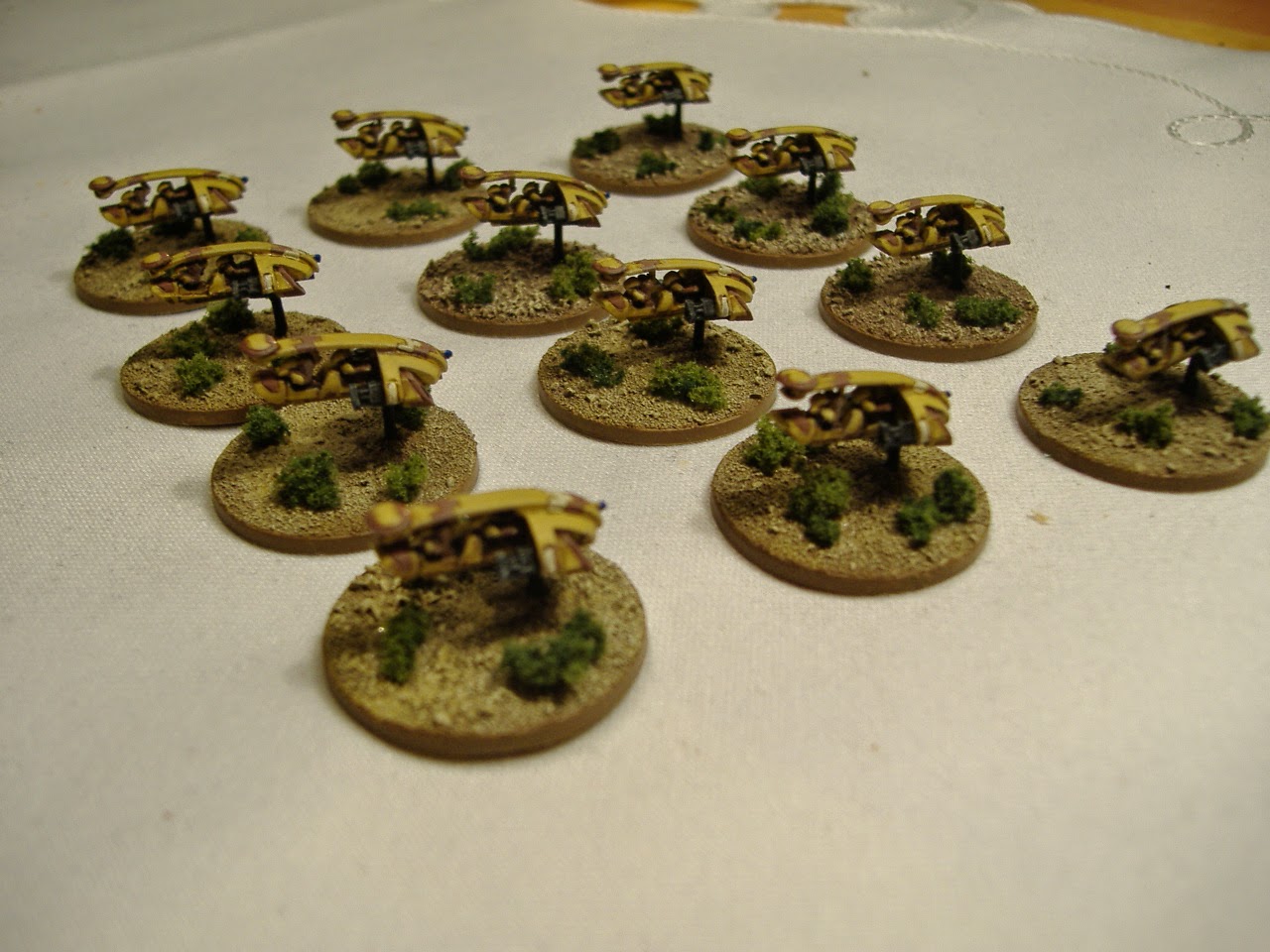 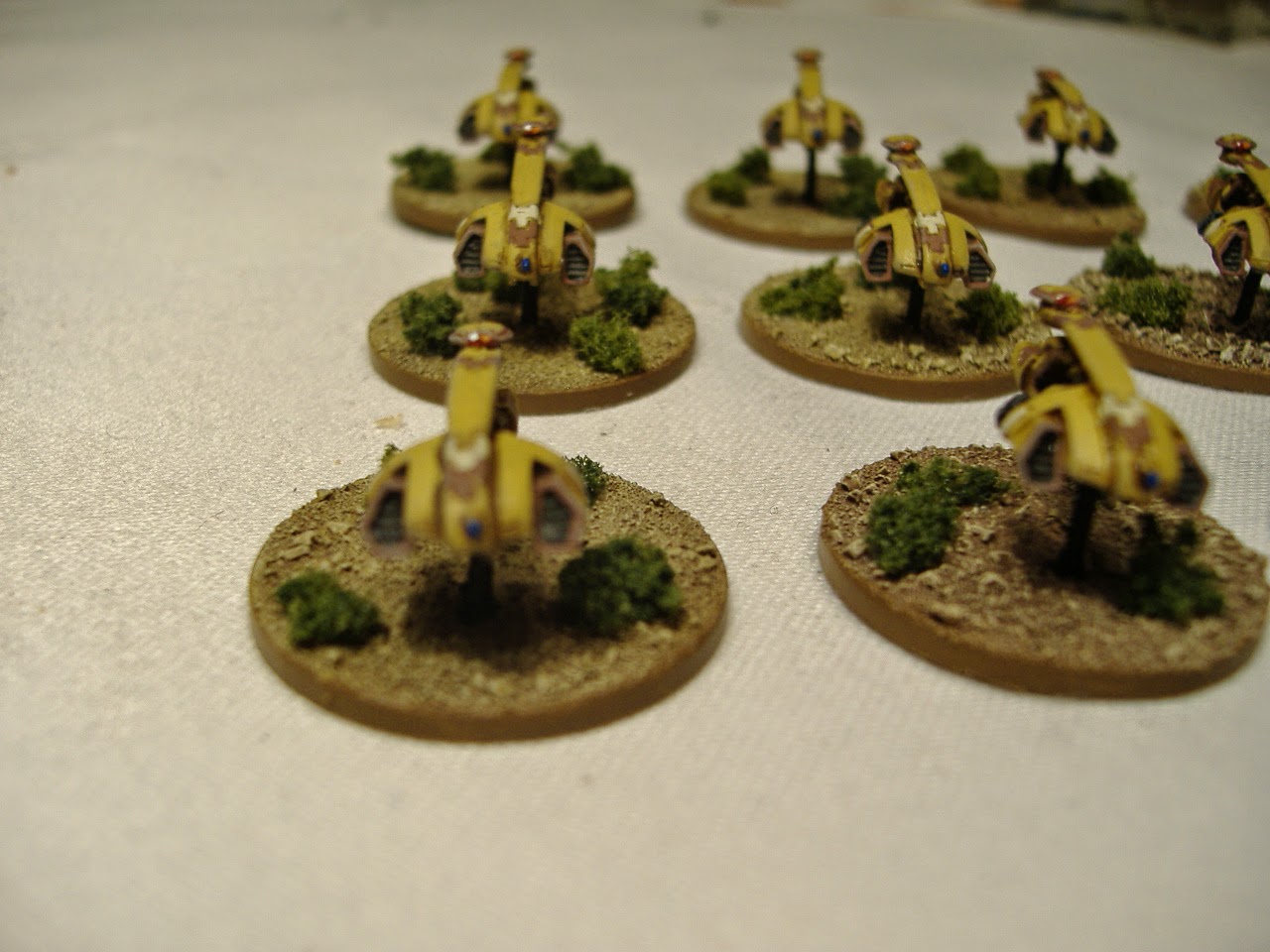 I am alive. ;-) Yes, its been a while. Nonetheless work continues on my 6mm Tau army.

I still need to add the final highlights, squad markings and sensor colours. 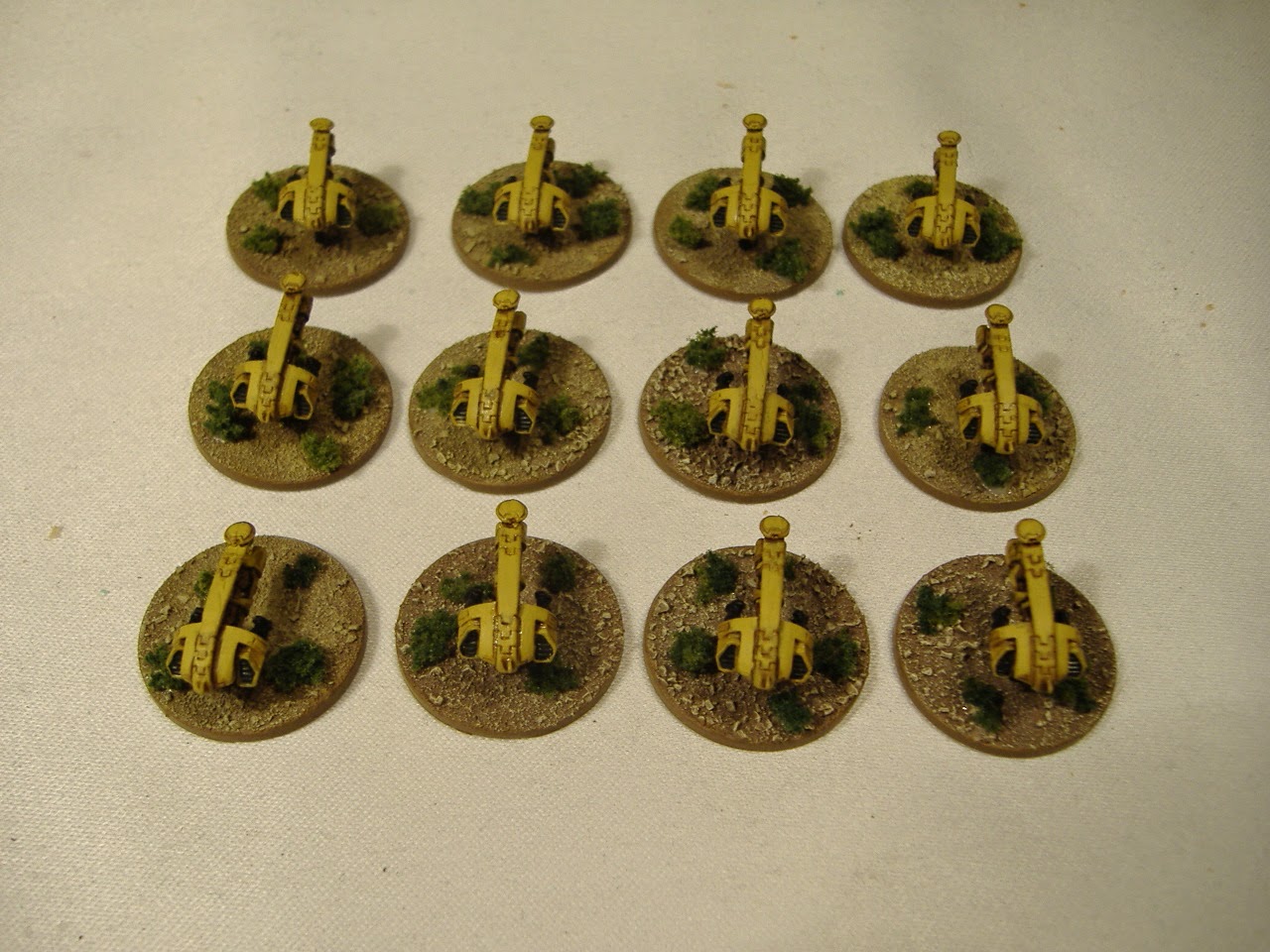 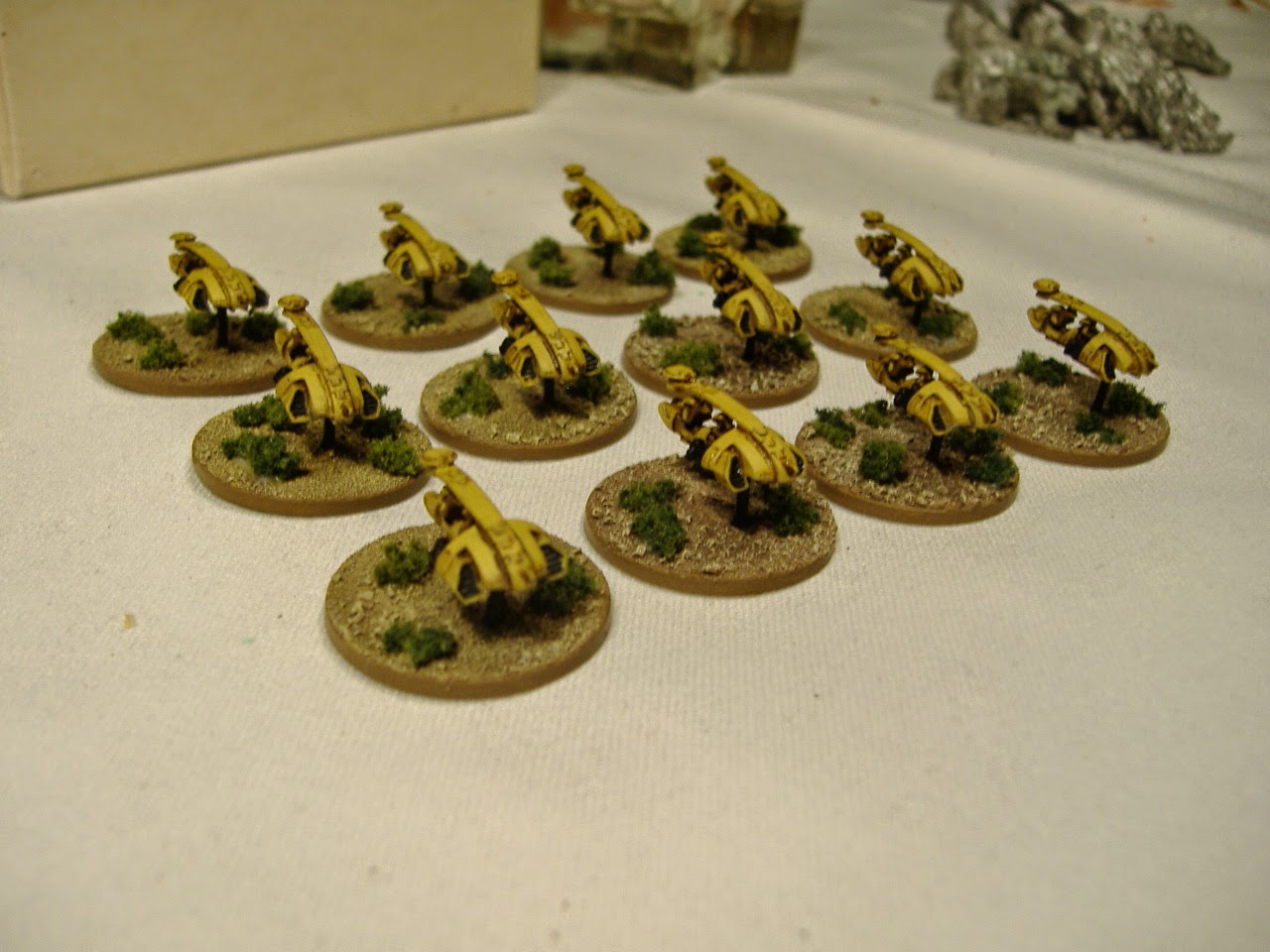