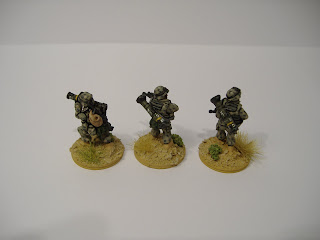 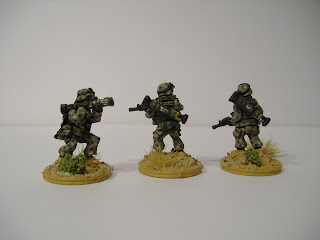 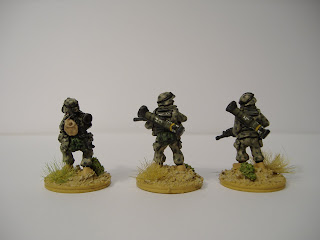 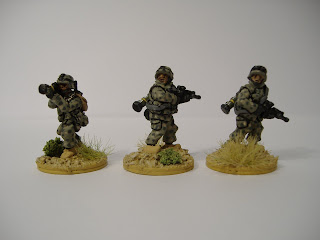 M136 or AT-4 as it is also known, are the modern US Army's light, shoulder launched anti-tank weapon.
I created three of them, so I can add one to each of my three squads. It's a one-shot weapon. I used Britannia Miniatures' model of an Army soldier firing the AT-4, while the two soldiers carrying the missile over the shoulder with a strap are converted RH Liberation figures. Rolf does the AT-4 and he does soldiers, for an unknown reason he does not sell a miniature actually being armed with an AT-4. So I ordered all parts and used green stuff to make shoulder straps. It turned out quite good. The white writing is my attempt to depict the warning labels that can be found on the launcher tube.
Eingestellt von Chris M. aka "Sgt. Scream" um 21:03 2 comments: 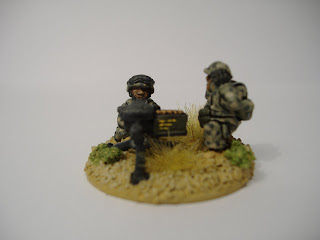 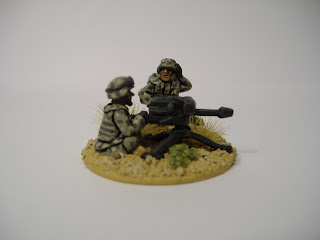 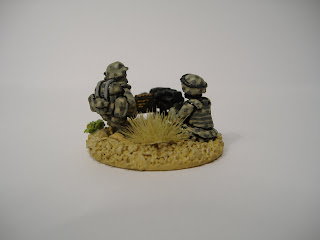 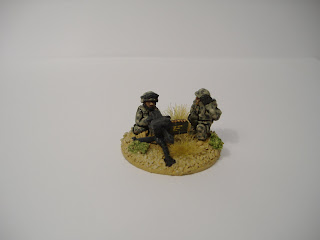 Another heavy hitter finished: the Mk.19 is a 40mm, fully-automatic grenade launcher, capable of raining death and destruction upon all light vehicles and other "soft targets" with deadly accuracy. In Force-On-Force it's a very powerful weapon, hence I only created one such weapons team.
The Mk.19 and the seated gunner are from Stan Johansen, the ammo bearer from RH Liberation.
Eingestellt von Chris M. aka "Sgt. Scream" um 20:54 2 comments:

Modern USMC: Sniper team during the battle for Skira 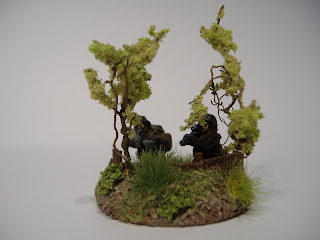 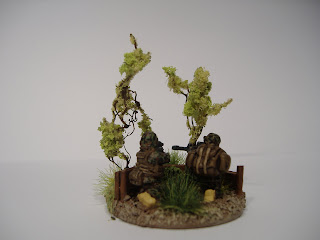 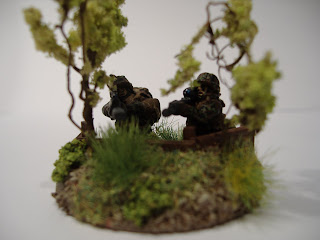 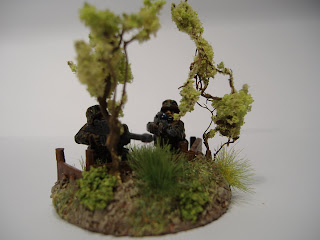 The modern USMC sniper team shown above will be part of the coming project for 2011: The Dragon Rises.
It's waiting in a tiny foxhole in which the woodland MARPAT uniforms blend perfectly. The miniatures are RH Liberation modern 1990 range sniper with Barrett .50cal Anti-Material-Rifle and a kneeling soldier with M16A4 and aimpoint sights from the 2003+ range of miniatures. The foxhole was created using "wooden" boards from Italeri's battlefield accessoires, sand, green stuff (to make a berm) and two HO scale trees.
In The Dragon Rises the USMC and modern Russian forces will have to fight the Chinese PLA in order to restore peace and Russia's claim over the island of Skira (some will have already guessed it: the idea is actually based upon a PC/console game). More on that topic later this year and in 2011.
Eingestellt von Chris M. aka "Sgt. Scream" um 17:05 2 comments: 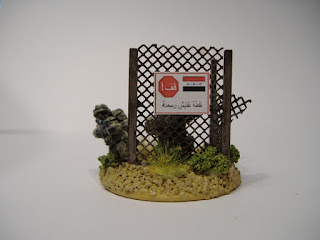 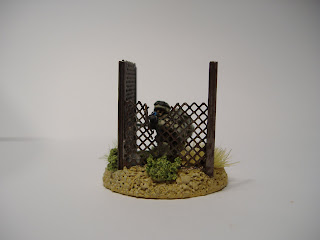 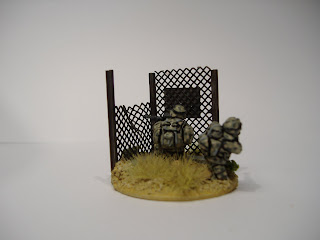 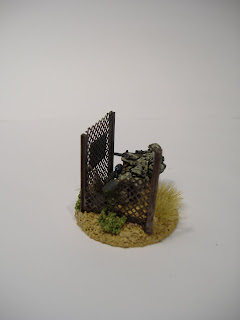 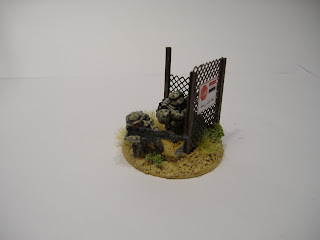 The idea behind that little diorama was to have a weapons team for Force-On-Force, showing snipers behind cover, providing overwatch into multiple directions.
The miniatures are once again RH Liberation. The Barett .50cal Anti-Material-Rifle is from Rolf's modern French range of miniatures (I intended to use him for my Germans, but then decided to put him onto this base), while the M21 sniper rifle comes from the sniper team set out of Rolf's 1990 modern US series of minis.
The chain-link is fence is a piece of brass-etched basing material from Games Workshop's Urban Basing Kit. The pillars holding it in place I took from Italeri's battlefield accessoires (normally they are for the creation of steel tank traps).
Eingestellt von Chris M. aka "Sgt. Scream" um 16:52 No comments: