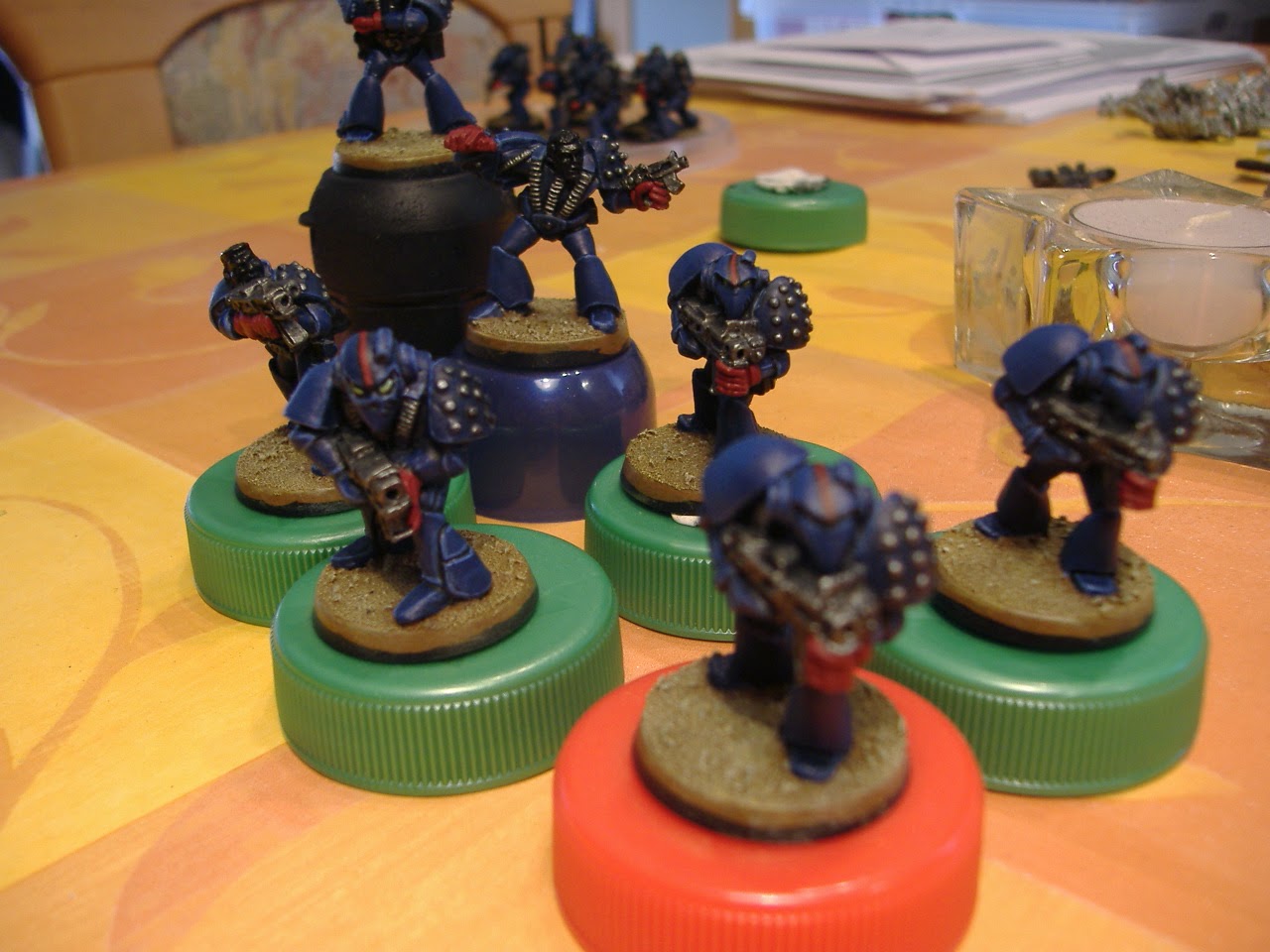 Just like I have announced on my blog on February 28, I am planning to run a campaign set on "Rynn's World" - home of the Crimson Fists chapter of Space Marines and target of an invasion of brutal Ork forces.

These are my first painted up Rogue Trader 40k era models that I've finished. A squad of Crimson Fists Space Marines with a rocket launcher.

When I decided to only pick models from that era of Citadel's miniatures that I wanted to use for this project, I also came to the conclusion that they need to have that old school 40k look. In other words: painted on rank insignia and chapter emblem and helmet stripes - no decals whatsoever (these are my first free hand painting attempts ever in 22+ years of table top wargaming!)

The squad consists entirely of models made from the sprues included in RTB01, these were the first ever produced plastic Astartes. The only exception being the Sergeant's head, which is a trimmed down Veteran Sergeant Culln from Forgeworld. Another premiere in my hobby history is that I have also painted the eyes of the bare headed marine. I am getting more confident about painting such details now that I can see the result which in my own humble opinion is not too bad for someone who never bothered doing so before. ;-)

This project is going to get my very best of painting skills ever. I am absolutely in love with Citadel's early range of Beakies. Enough of the words though, I know without pics it didn't happen. ^^

In addition to the first plastic squad I have painted up another squad leader. This one will see action in a mission out of the second edition 40k starter set (part of "Battle for Armageddon" booklet). This is a pewter figure whose only mod was to update the Chainsword with a modern plastic Cadian Shock Troopers one. This looks better IMO.

"The Piranha is a lightly armoured vehicle used by the Tau in a range of capacities, including rapid response, support of pathfinder teams and even as battlefield transport for high-ranking dignitaries."

Those are Forgeworld's (unfortunately OOP) Epic 40k Piranhas. I just finished nine of them :-) 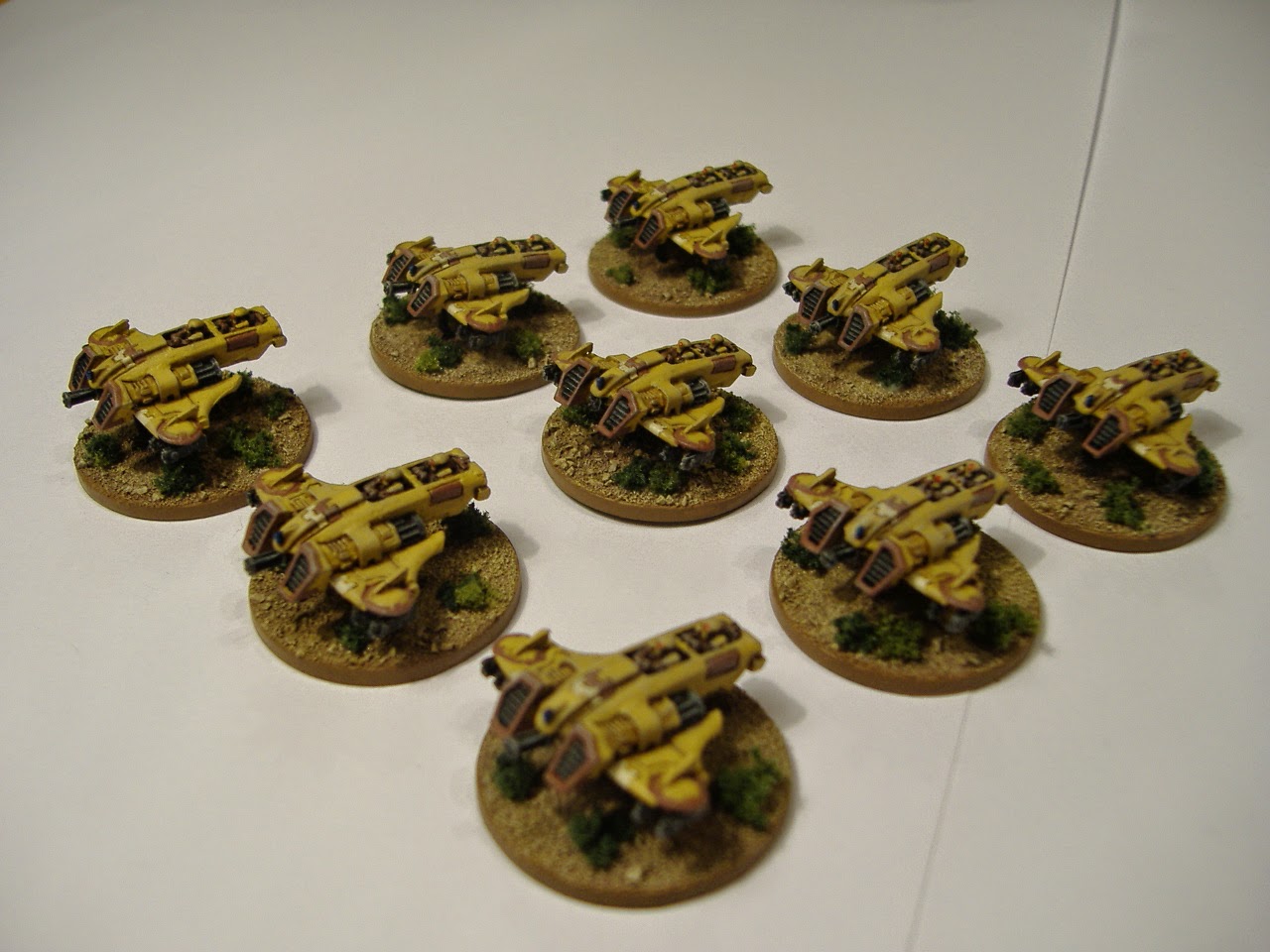 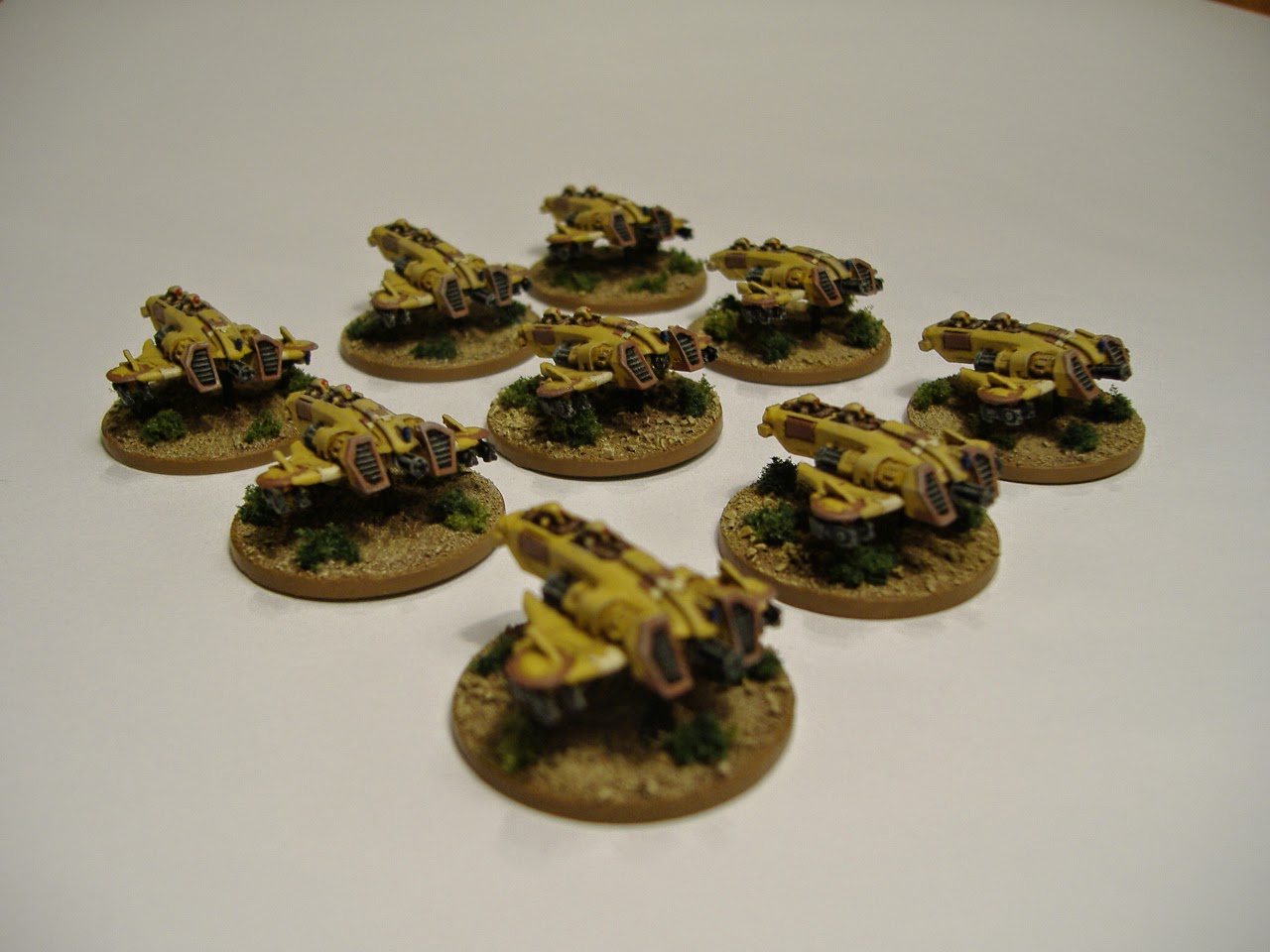 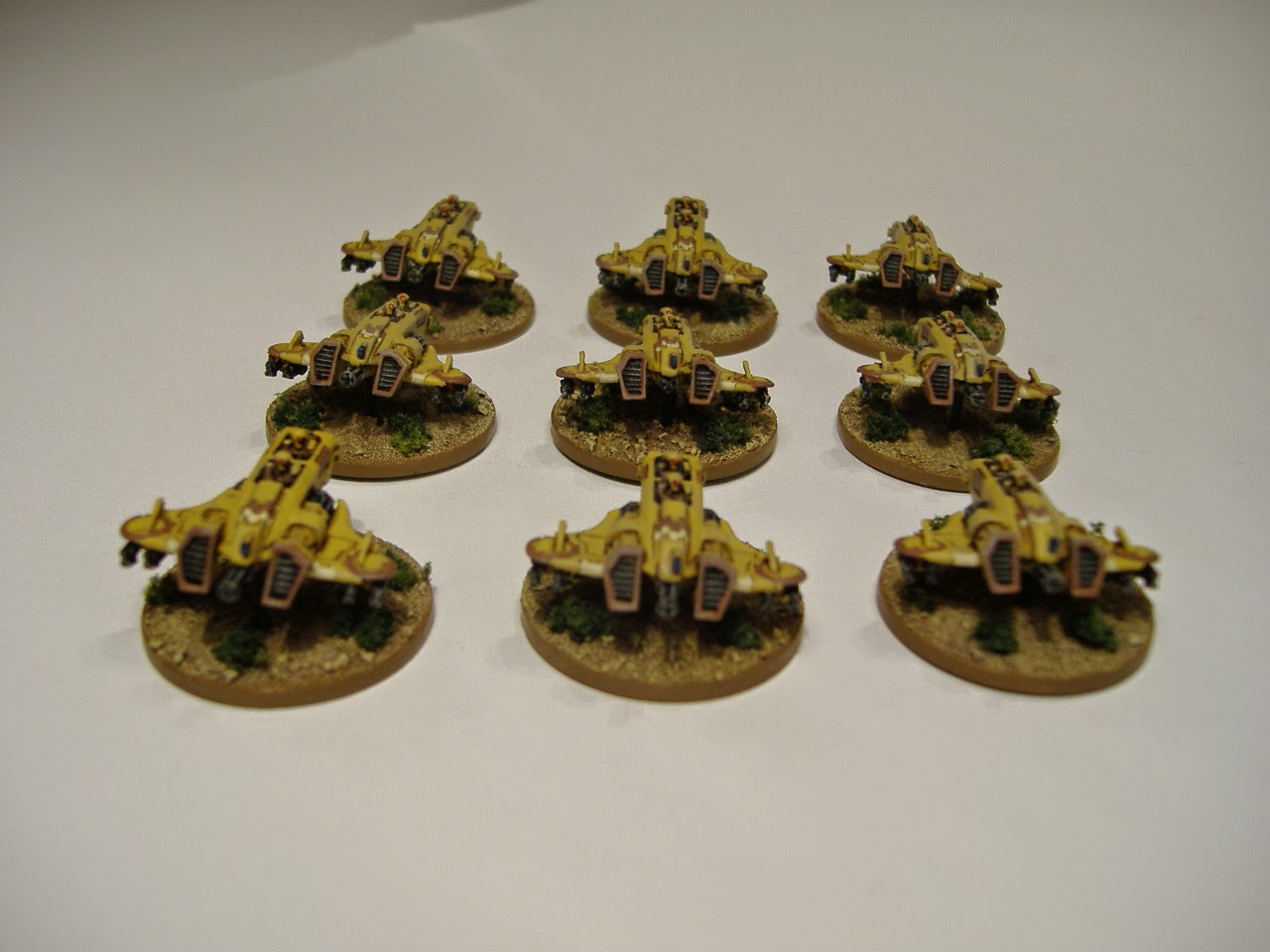 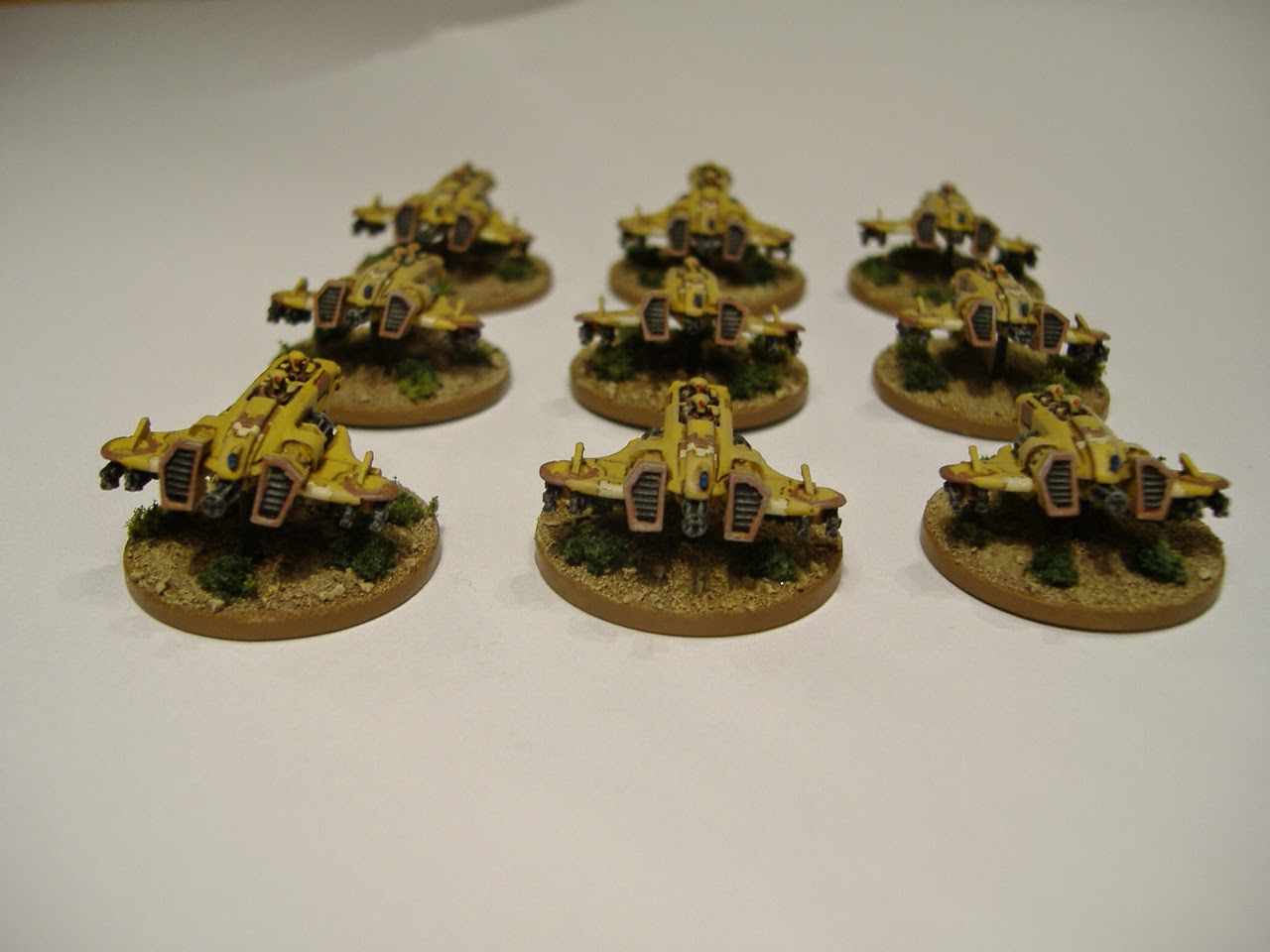 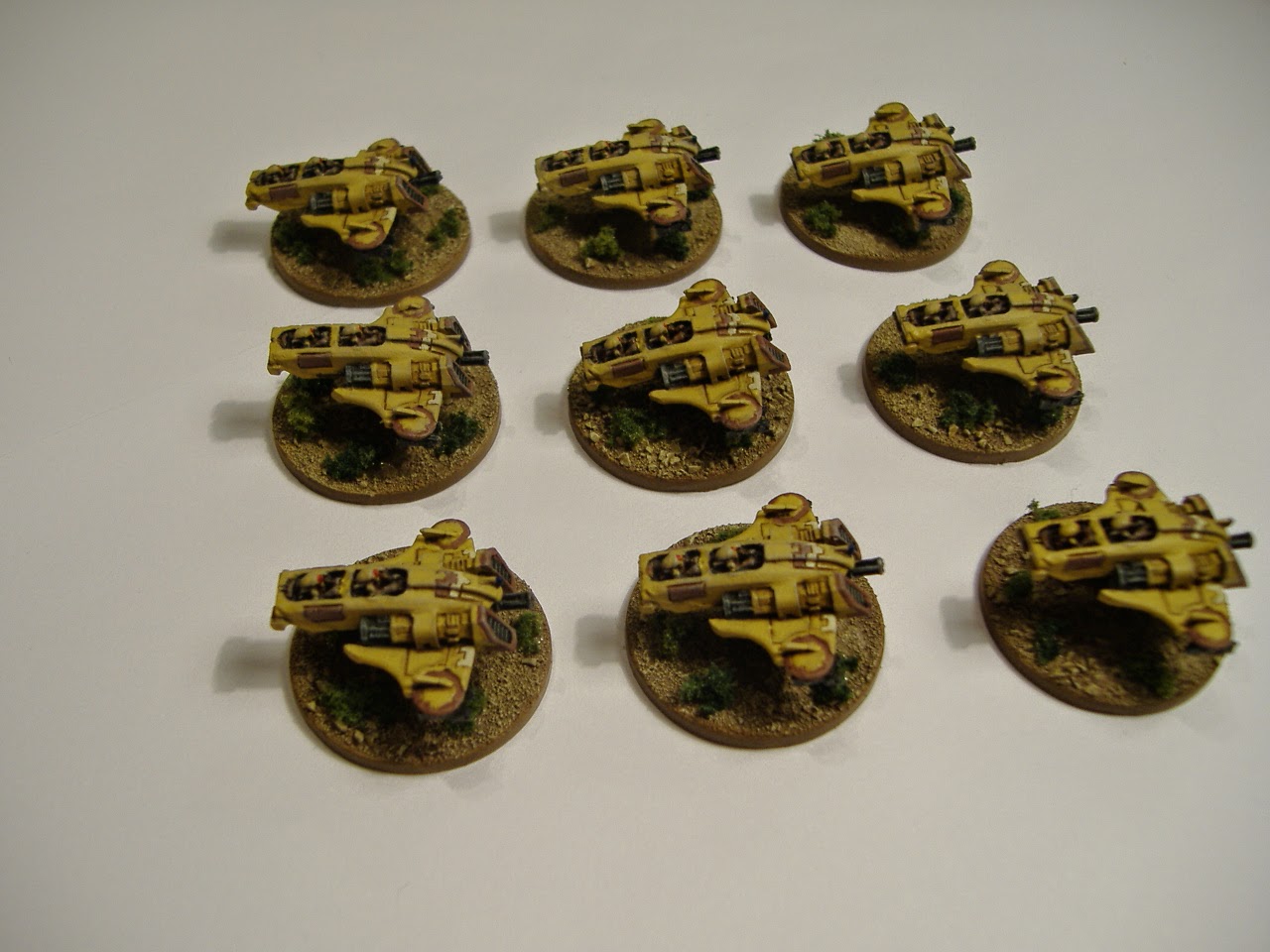