Where is the painted stuff, Chris?

Random musings - or - why aren't there any updates, Scream?

Hello my fellow bloggers and followers. Some of you might have asked themselves why the post count on my blog became increasingly fewer and fewer over the recent weeks. That's due to two reasons: new job and my other major hobby: festivals!
Numero Uno - the new job. It's an entirely new field of working, some sort of job like I never did before (I have a craftsman background, now its an office job). Its taking its time to get used to and my painting mojo was not really that high within the last two months either.

And then number two: festivals. Over here in Germany the festival season is in full swing. And if its heavy metal or medieval folk rock/pagan or viking metal then we (that's me and the mates) just can't let it pass without going there to have a good time.

So, instead of painted miniatures something entirely new on this blog: real people :-)

Oh, and before I forget: there are at least a few new painted miniatures. But since they are for Warhammer 40,000 you'll have to check out my other blog, too: www.swordofordon.blogspot.de
Stay tuned, more miniatures to follow soon. :-) 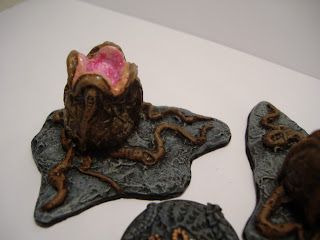 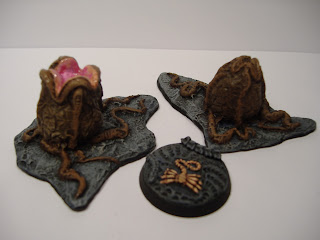 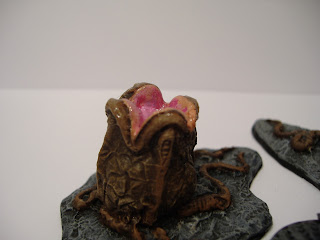 Some test models for my Alien eggs. I tried to drybrush them with different shades of brown and added glue to the opened one to simulate the "goo". These models won't win prices but they are good enough for gaming.
Resin models by Dark Art Miniatures (Alien Birthing Pods).