And there goes the next one...

Some more Davion love, to be added to my recon lance: 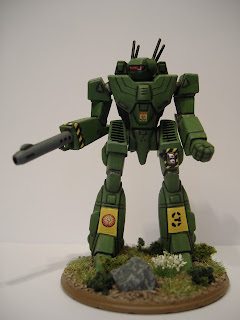 WSP-1A Wasp, based upon another Macross kit in 1/200 which works fine in N-scale. Compared to my previous Wasp for Kurita, this one resembles the early Succession Wars Wasp model with the SRM launcher still mounted to the left leg. 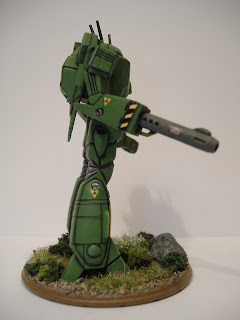 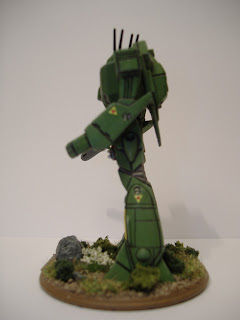 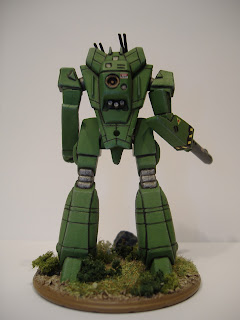 Not much to say about this Mech apart from having created the pose as seen in TRO 3025 (Kurita's Wasp was based upon the TRO 3050 artwork).
Eingestellt von Chris M. aka "Sgt. Scream" um 18:43