I know its been a long time since my last post. And though I have not posted, progress was made on various projects. I will show you pictures, that's a promise. ^^

One thing that I did do a short time before Christmas last year was starting a massive Space Hulk collection.
That's right, Games Workshop's old board game classic. While the game has gone through four reincarnations since its first release in 1989 I didn't want any of the recent versions. What I wanted though was huge: everything ever released for Space Hulk 1st edition in good condition and all scenarios that were ever printed somewhere. I found a compendium that Berthold Nüchter compiled and it speaks of a grand total of 81 (76 if you don't have two core sets) missions that were released in White Dwarf issues over the years or different books, to include mission books of the other editions of the core game.
With the "Deathwing" expansion pack arriving two days ago I now have everything ever released for the this all time classic.
Since I own two core sets, I have plenty of Terminators to fiddle around with and so I will in the end start painting some to expand my Rogue Trader Crimson Fists army and the other half will be Blood Angels. The latter were the Space Marines mentioned in most campaigns (though there was the obvious Dark Angels "Deathwing" campaign and some Space Wolves missions and some minor Ultramarine or Imperial Fist stories plus missions in White Dwarf and the expansion book "Space Hulk: Campaigns"). I would like to play through all 81 mission with the Blood Angels.

So, my overall ebay and store haul was:

I was able to get most of the games in unpunched condition, miniatures still on sprues. All WD issues had their card sections still untouched. The expansion packs aren't missing a single piece. What can I say? A happy man I am ^^

Like my Rogue Trader army shows, I am in love with GW's old stuff. The miniatures of those lost days are having their own charm and all it needs is some dedication to show it once you paint your figures.

So without any further delay I present (a little conversion) 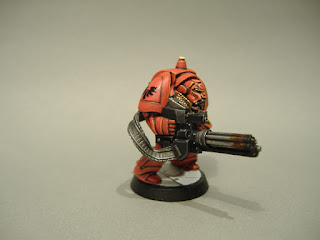 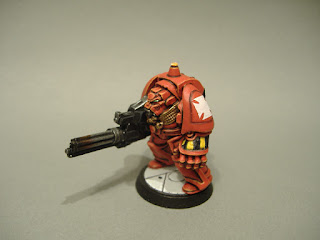 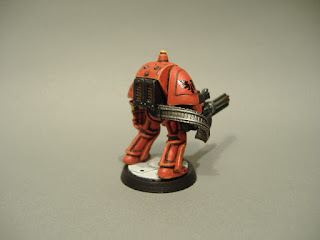 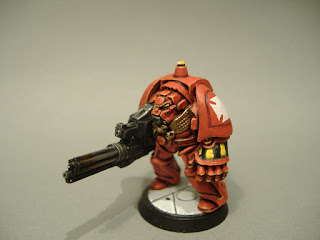 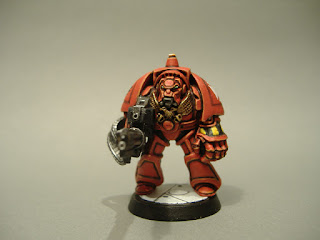