Following the last entry on my Space Hulk project I have now finally painted the other two "unarmed" Genestealer Hybrids (psykers). Again these were equipped with some tools so they don't have to engage empty handed. ;-)  Oh, the one guy is carrying what I imagine to be some sort of electronic torchlight. It has been assembled out of a Terminator teleport homer. The threaded bar the other Hybrid is holding as an improvised club has been taken off a Chaos Cultist. This time I played around with some rust effects made from strongly thinned Blazing Orange. What do you prefer? The rusty orange or the green rust (copper rust) I used in my last entry? 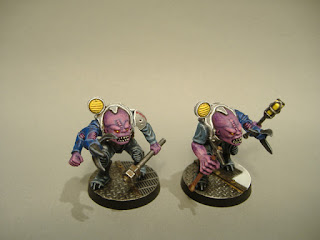 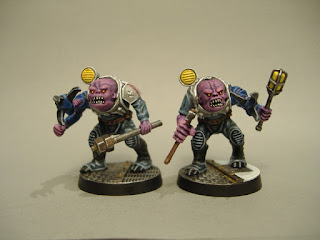 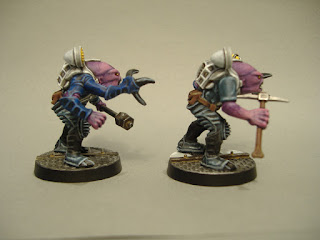 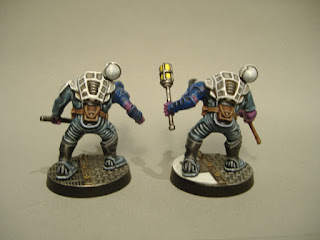 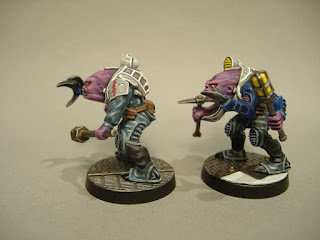 Going back and forth between the two posts, I like the green rust better.
I can't really explain why, could be it gives them a more alien and menacing look compared to the orange.

I prefer the orange rust! Looks more decayed and neglected.