For the Space Hulk "Campaigns" addition I need a lot of Genestealer Hybrids with a variety of weapons. After counting and noting on a piece of paper the different loadouts I need to assemble I noticed that I need four unarmed Hybrids. In the "Campaigns" supplement the unarmed ones are psykers. Now I kind of figured that they probably would not run without anything to defend themselves with against the Imperium's forces sent after them. So, instead of "unarmed" I built my first two Hybrids that use improvised weapons.
Let's imagine that they were just taking whatever tools lay around them. Being part of a mining colony I thought digging equipment like shovels and pickaxes would be the most likely ones. 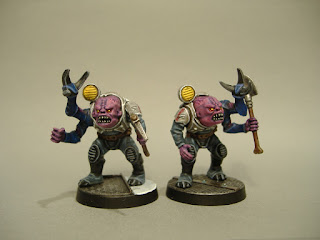 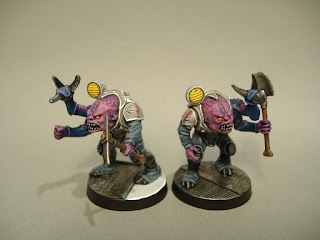 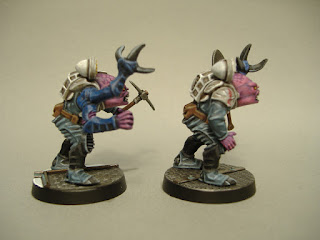 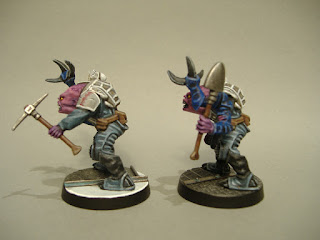 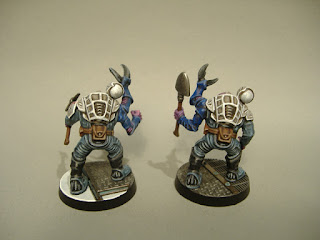 It's a great idea to theme a force and looks very good too.