My latest ebay haul:A Sedition Wars Dr. Ridley that will serve as base miniature to convert Ripley with Newt and something vintage to complement my Leading Edge Games Aliens Board Game. 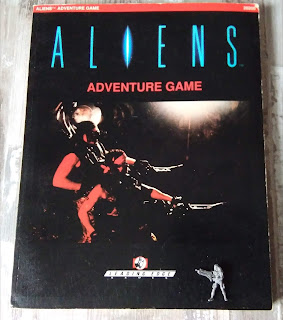 Nice! I still have mine... somewhere....? I was so excited when it coma out as I LOVED Aliens! I don't think there is another movie I've watched more times (except, perhaps, Bladerunner?). Unlike the board game (which I played many, many times) I never actually got to playing the role-playing game - I don't remember anything about the system, other than I was underwhelmed by it at the time...