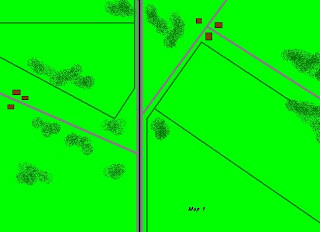 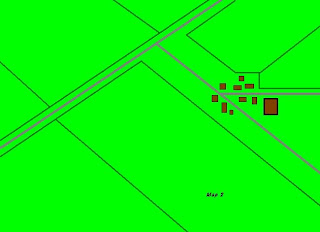 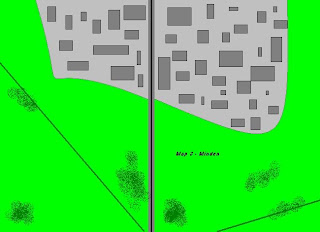 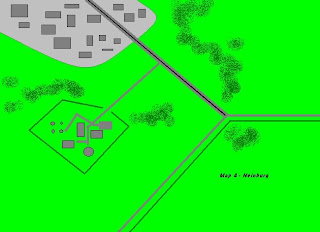 The four maps shown are the table layouts for the Big Game 2010.
All of them show the outskirts of the city of "Minden" and the smaller town "Neinburg" as well as the rather rural landscape in between the two.
One table, having the "Minden canal" on and a large bridge is not shown. I guess Guild member Piers who has designed the maps has kept it a secret. Kind of nasty surprize for the WarPac players.
I was told the tables are going to relate to each other. That means you can actually move your units from one to the other adjacent table, although only with a random delay of turns.
Eingestellt von Chris M. aka "Sgt. Scream" um 23:16