Welcome to Tomorrow's War infantry entry number two for this month: House Kurita's infantry now has a platoon of Laser weapons to deploy.
The standard size of an infantry platoon within the Inner Sphere is 28 men. How they are spread among the platoon you can see below: 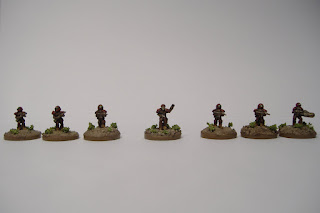 Kurita Portable Laser Squad, 7 troopers. There is three such squads in a platoon. They are all equipped the same. 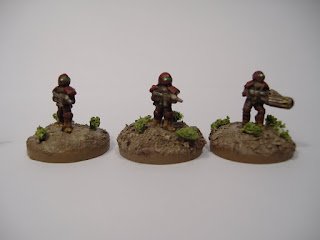 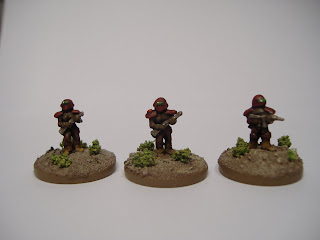 Fire team 2: rifle, rifle, light support weapon (blazer). The NCO would attach himself to one of the fire teams. 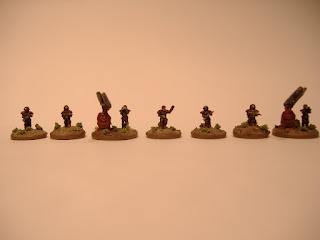 Kurita Portable Laser Support Squad, 7 troopers. There is one such squad in a platoon. Instead of the NCO its lead by a junior officer that directs the whole platoon in combat. 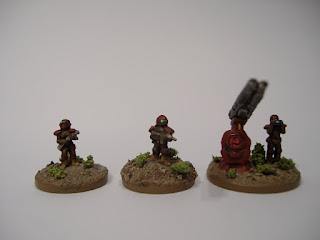 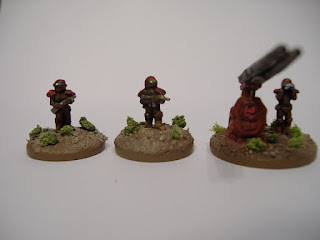 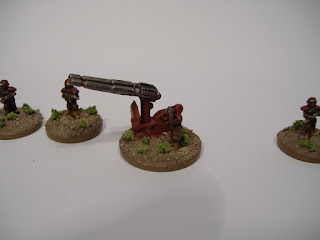 The heavy semi-portable laser weapon system requires at least two men to carry it. It is quite heavy due to its power cells.
While not the fastest weapon to deploy after movement, in a good fire position it poses a great threat to enemy armored units.
To save weight, it does not have cooling systems. Instead the weapon fires with alternating barrels to reduce problems of overheating in battle. The gunner aims and fires it remotely by targeting with his binocculars.
Eingestellt von Chris M. aka "Sgt. Scream" um 10:00