Its April and here we go with another update for Davion: The 3rd Crucis Lancers' infantry (6th Crucis Motorized Infantry Regiment) is now backed-up with heavy firepower. A whole platoon of Gauss Rifles that can be towed into battle and deployed to overcome the armor of most enemy units.
These are Mechwarrior Dark Age repaints mounted on coins (5 Eurocent). 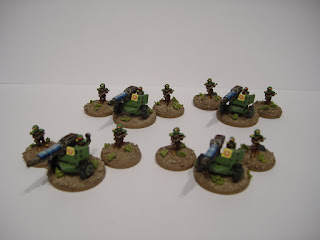 The whole platoon and their field guns. Note that the missing troopers are considered to be the crew of the towing vehicles. 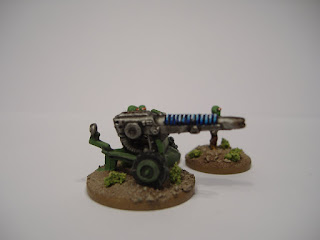 Details of the Gauss Rifle. I wanted the barrel look like the magnetic field accelerators are active. 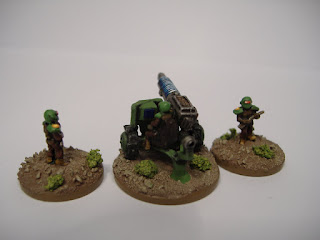 The crew member aiming the gun does so with a computer. He has a flat screen to zoom onto target and get his sights on. 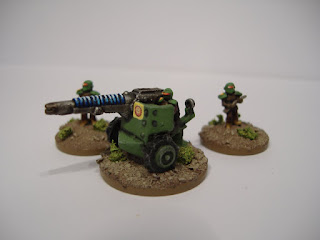 The whole gun is protected by a large shield to give some protection from small arms fire. 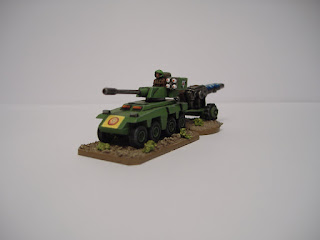 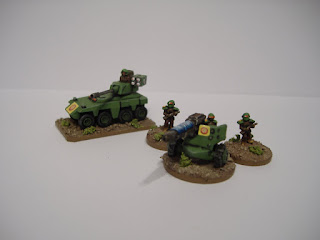 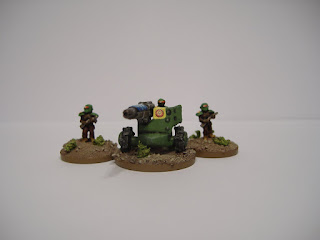 The Federated Suns emblem is a decal from the same sheet that I use for my Mechs.
Eingestellt von Chris M. aka "Sgt. Scream" um 12:19