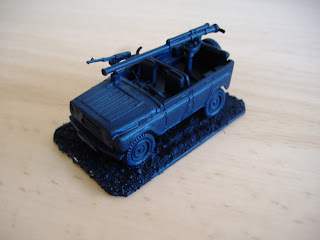 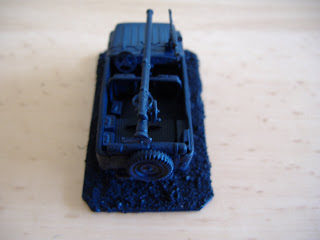 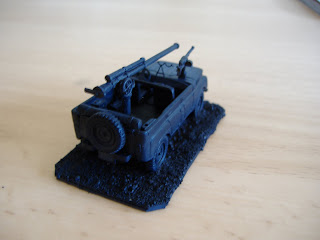 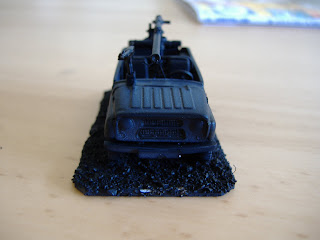 In this Blog I want to show my progress (as slow as its going to be :D ) with my project of building a generic Iraqi force, suitable to handle game scenarios from way back in the Iran/Iraq War, going over to Desert Storm, all the way up to the last engagements in early 2003. It will feature infantry (from RH Liberation), vehicles (various brands) and also some mission objectives/terrain.
I am a huge fan of all Cold War era Russian-built vehicles. Lucky me, as the Iraqis fielded a lot of them. More or less I am going to add most of the units simply because I like them, not because they are the most combat effective in the TO&E.
I will start with some small and reliable vehicles that are going to be for recce purposes or flanking maneuvres - the UAZ 469.
Checking the web and the projects of others around The Guild Forum I found out that there is way more than just one kit available. There are resin kits from various companies such as S&S models or RH Liberation miniatures, but I wanted something different. What I mean with "different" is plastic, because I don't like the standard look of things and will try to convert my models. I found some cheap plastic kits in 1/72 scale from a producer in Czech Republic called MAC. Although there is three different variants, the plastic sprues withing the boxes are all the same. All kits come with some brass etch parts which is rather impressive for a price lower than 9€ a piece!! It has become a rare item - so check on ebay from time to time if interested..
The sprues offer a wide selection of UAZ 469 variants that can be built. There is the unarmed variant with its folding top closed and six different armed ones, to include a 106mm gun, 73mm SPG-9 recoilless rifle, PKT 7,62mm GPMG, DshK 12,7mm HMG, KPV 14,5mm HMG and an AT-14 "Kornet" ATGM. In addition to that the kit comes with a 82mm mortar, but I don't think that one is for the vehicle itself in particular.
My first variant is going to be the heaviest weapon: the powerful 106mm gun! (pictures above)
The models was built directly out of the box without adding anything but the 1,5mm thick plastic sheet base.
Eingestellt von Chris M. aka "Sgt. Scream" um 05:27

i just a huge fan of all Cold War .