I finally have gathered all the components to realise mission objectives for my Battle For Skira project. The "Sunburn Site".
In the campaign USMC Force Recon units are supposed to neutralize the threat composed of Chinese Anti-Ship missiles (Kh-41 Moskit alias "Sunburn"), so the fleet is able to establish a bridgehead on the shores of Skira and land heavier units. I want my mission objective to look like the screenshot of the PC game "Dragon Rising": 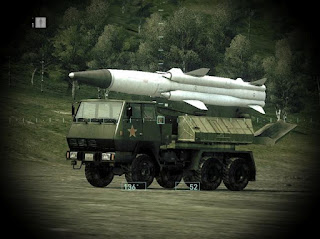 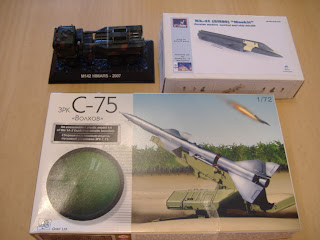 This is how its more or less going to look like:
﻿Obviously that's not final. The rubber tires are missing to allow easier painting and the missile has not been removed of any flash yet. 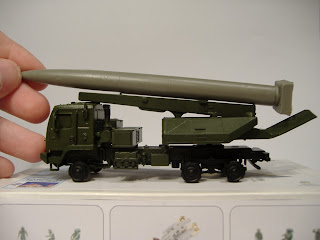 looks like an awsome project. I wish I could see more of this game :-D