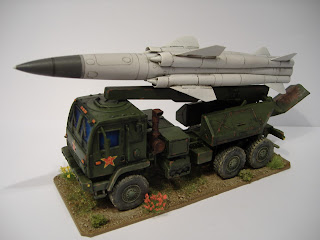 The chinese Sunburn Launcher has been finished. The Russian-built Kh-41 Moskit aka Sunburn is a tactical anti-ship-missile which some years ago was called the "most dangerous of its kind". China has received some of them and uses them mainly on its navy missile cruisers. However, the Kh-41 was always proposed to be lauchable from coastal defenses as well. My truck-based launchpad is one of these coastal defenses.


For my "Battle For Skira" project, the USMC force recon unit of Razor Two has to launch a series of stealthy night operations to counter this threat to coalition naval forces with "direct action" (that means, blowing shit up). Air strikes to destroy the PLA's missile sites are impossible due to the enemy having established an umbrella of SAM sites (guess what I am building next *g*). 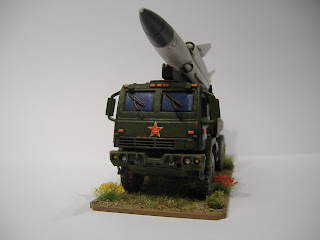 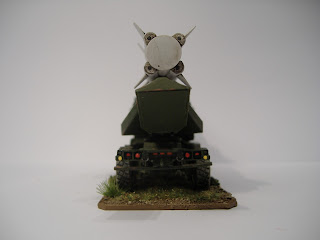 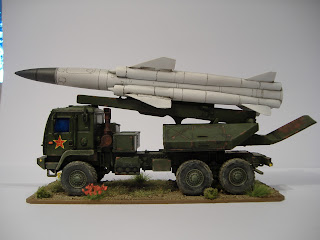 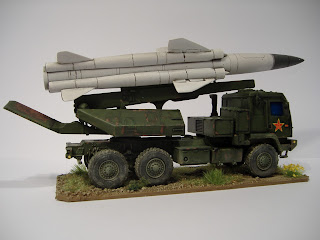 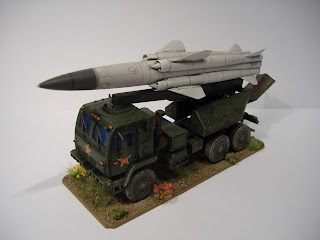