It's there!!!! Ambush Alley and Road To Baghdad - first glimpse into the final product 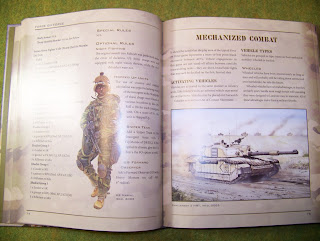 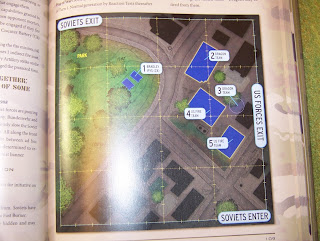 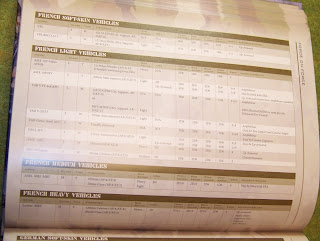 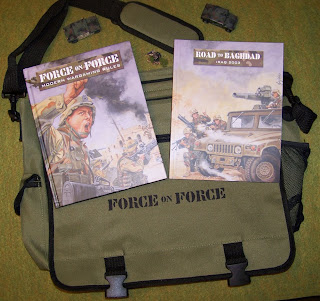 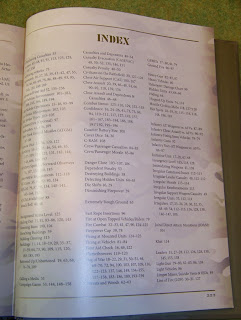 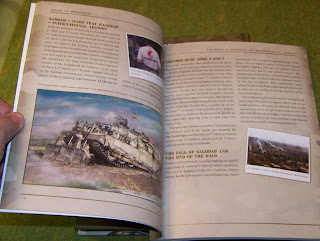 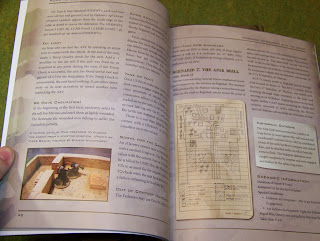 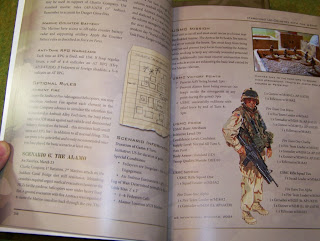 So this it guys, that's how the new Osprey Publishing release of Ambush Alley and the supplement Road To Baghdad is going to look like. As you can see, both books will come in fully coloured pages (all future releases will be), covered with real deal photos, nicely painted figures and Osprey's very own incredible artwork.
All books will cover the conflict they describe in detail (a "must have" speaking of an Osprey book!!) and provide you with scenarios to game these historical events, based upon what really happened. All source books will give you an idea of events, forces and men involved. The rule book will give you everything to start right away - with scenarios of different wars to show how versatile the actual rules really are: The rules cover all aspects of modern warfare from the confidence and supply level of troops to air-strikes and off-board artillery and incorporate tailored mechanics that allow the same rule-set to accommodate scenarios set anywhere from the end of World War II to the conflicts on today's news without sacrificing either character or playability. From infantry and armor to artillery and air support, Force on Force presents everything gamers need to recreate post-war warfare between conventional, combined-arms forces.
Thanks to my "boss" Shawn Carpenter for taking these pics. We hope to have been able to give you a feeling of what we are trying to achieve with every release for Ambush Alley's games! You will get a top quality wargame that plays different compared to anything you have ever gamed in the past. Trust me!
Update February 13, 2011:
Just found the first review for the new book(s)
http://dropshiphorizon.blogspot.com/2011/02/in-pipe-force-on-force-from-osprey.html
Eingestellt von Chris M. aka "Sgt. Scream" um 23:07

Wow! I was going to get another copy os At close quarters....but now I think this set may be worth a look. How is combat resolved? Good review by the way.

It would take too long to give you an idea of how the game is played. It is different to all approaches in game design that I have ever seen. And I have seen MANY games in 20+ years of tabletop hobby.

But maybe this review is of interest for you?
http://www.ospreypublishing.com/blog/force_on_force_the_modern_kriegsspiel/