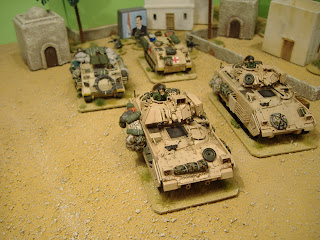 The M113 ambulance is yet another vehicle for my growing force of US Army vehicles to play the Thunder Runs into Baghdad that occured in April 2003.... Soon there should also be some Abrams. ;-) 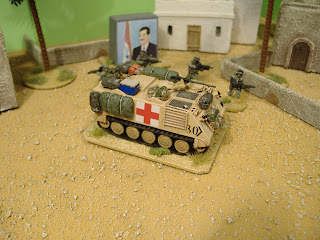 The model shown is an old Airfix M113 ACAV kit in 1/76 scale. The former JB Models sprues should normally be smaller than other 1/72 scale kits, but it is barely noticable. I added a lot of detail and stowage, mostly resin from Legend Productions. 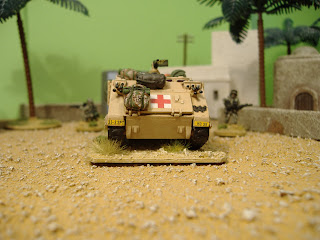 The front shows the added smoke dischargers (normally they look a bit different, but those were the only ones I had spare to add some at all) and the red cross decals I took from another kit (Revell HMMWV Maxi Ambulance I think?!) 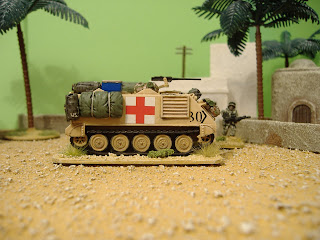 A closer look at the side reveals the crew tent, an ice box and CIP panel. 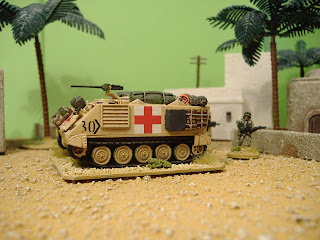 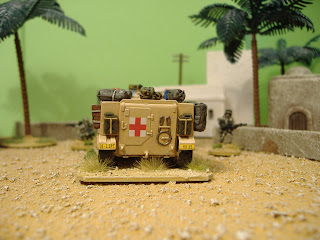 Given the age of the kit, the towing cable looks very simple...but you got to deal with what you have. For a price of around 3Euro for a kit on ebay, I guess that's alright.
Eingestellt von Chris M. aka "Sgt. Scream" um 10:46

I have a bit left the Ambush Alley, but excellent works like this make me want to resume my UN troops.