And there it is: yet another Mech has been finished. This one is a modefied 1/200 scale Macross "Spartan" kit which I combined with parts from a Gashapon action figure from the same TV show.

Weighing in with an impressive 70 tons, the ARC-2R Archer is a heavy-hitting assault Mech, bombarding defenders over long distances with salvos of long-range-missiles. 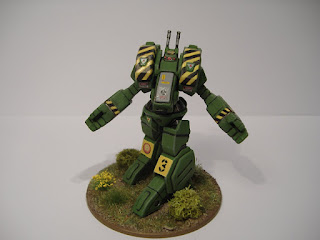 This front shot shows my modifications to the upper torso (left and right). I cut off the original missile bays (cause you can't open them) and replaced them with those from an action figure from Macross. 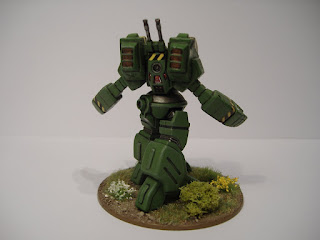 Looking at the back of the Archer, you see no real difference to the original 1/200 kit. 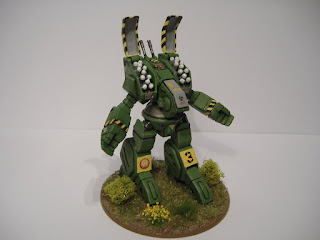 Now here is what does make the difference: the Archer with opened missile bays. 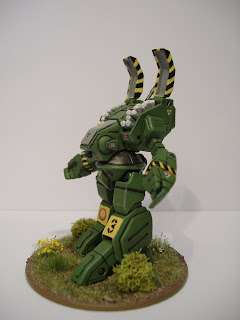 Left and right, mounted into the battle fists, the Archer is equipped with Diverse Optics Type 18 Medium Lasers. 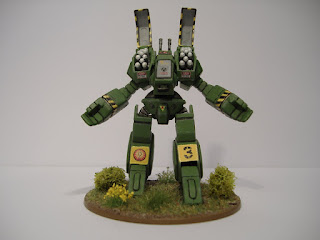 The main weapon system however is the twin racks of Doombud Long Range Missiles (LRM-20) mounted in the left and right torso. 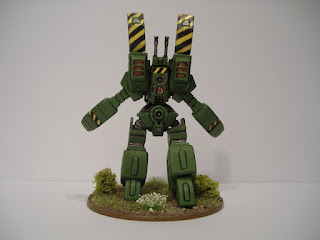 In between the two missile bay doors you can see the barrels of the rear-mounted Diverse Optics Type 18 Medium Lasers. These aren't sufficient to sustain enough damage to any attacker but they are a nasty surprise nonetheless. 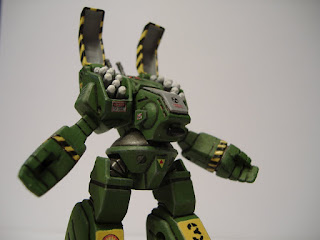