The pride of the Lyran Commonwealth, the ZEU-6S "Zeus", is the latest addition to my growing Davion forces. Some of the Mechs have found their way into House Davion's service. 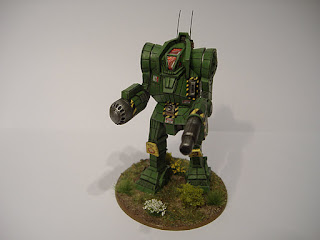 Apart from the base this is an unmodified out-of-the-box built Ral Partha Europe Museum Scale "Zeus" Mech to add more heavy-weight fighting power to my Davion battleforce. As it is made from pewter it indeed is "heavy" :-p 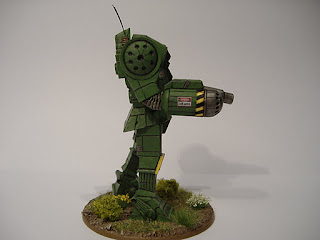 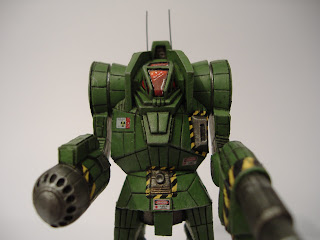 The torso-mounted energy-based weapon systems include the Defiance B3M Medium Laser system (center) and a larger Thunderbolt A5M Laser system (left torso). These give the Zeus a really destructive output over medium and close ranges. The decals are from Fighting Pirannha Graphics. 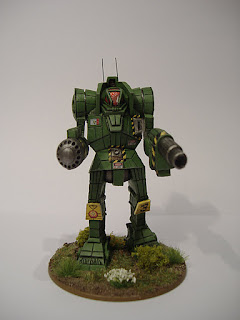 Note the House Davion "Federated Suns" emblem on the right knee pad and the antennas I have added to the cockpit. I really like the TRO 3025 look of the Zeus - especially this mean shot of the "business end" of the large war machine :-) 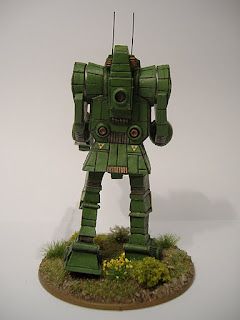 The rear of the Mech shows various ports of the heat sinks. All panel lines were washed using thinned black oil paint. 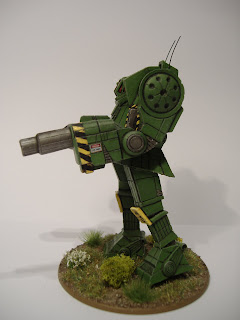 The Zeus main weapon of choice: a Defiance Autocannon (AC/5).

Nice to see someone still sticking to the good old Battletech-System.

The color scheme reminds me of our old chapter, the "Günzburg Igels" (Rasalhague)

Great work Chris - big fan of the Zeus as well!