This plastic Citytech "Mad Cat" (Timberwolf) is the first tester for the scheme I am going to paint my 1st Jaguar Guard Stars in.


According to Camospecs the Mechs of Beta Galaxy are painted in "a multilayered grey camouflage consisting of horizontal streaks, meant to represent a mist. Bloodnamed warriors paint large felid eyes on the torso of their 'Mechs, and may even add other felid features as well. Kills are marked by smaller pairs of eyes placed randomly on the 'Mech, though some warriors have taken to placing them near the weapons which delivered the final blow. The Elementals of Beta Galaxy have been seen in both this scheme and the traditional jaguar spot camo."

I wasn't sure about the "felid eyes" part. I looked at the painted examples provided on Camospecs and I did not really like that feature of the scheme, so I left it off.

Also, thinking of Luthien being the capital world of the Draconis Combine, cityfighting would more or less take place no matter what and that lead me to the conclusion that I could turn the "streaks representing mist" into a nice urban camo pattern.

Camospecs also painted the cockpit glass in blue which to me didn't make the most aggressive of all invading clans look as menacing as I would imagine them. I therefore turned those into an evil and dangerous looking red tone. I hope you like it. 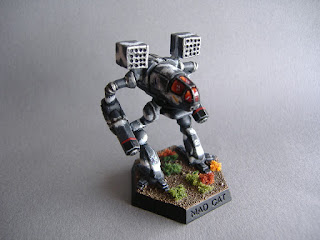 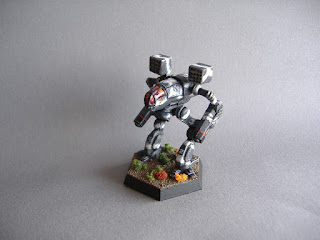 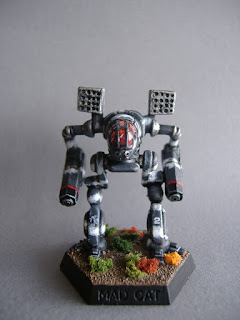 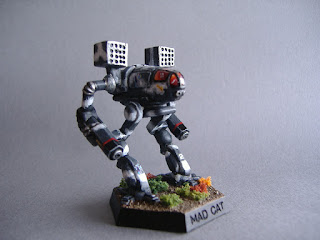 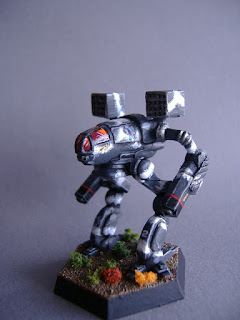 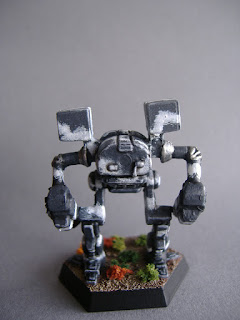 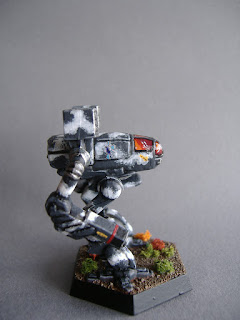