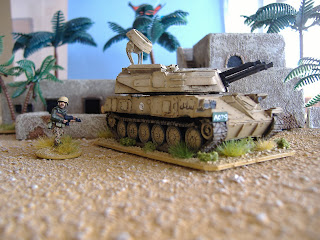 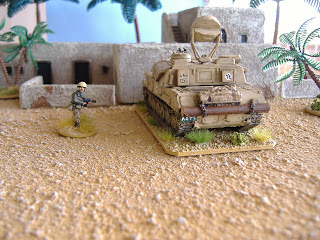 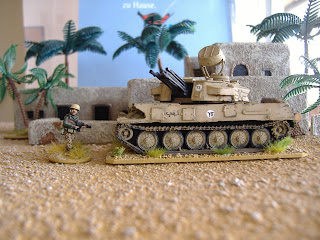 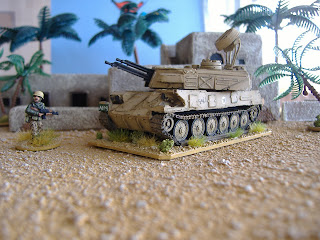 This is an Iraqi Anti Air Artillery gun for the use in Force-On-Force. The "Shilka" has four rapid-firing 23mm guns to blaze away at enemy aircraft and helicopters. This is a resin and white metal model made by Shaun at S&S.
It received markings as usual and a new base to fit in with the other vehicles of the army. Mark did a really good job on the colours used. Compared with photos I've seen from the original in Iraqi service, it matches totally. The miniature is only there for scale reasons so you can compare how big the tank actually is. I will do more Iraqi anti-air units with a variety of weapon systems, so stay tuned!
Eingestellt von Chris M. aka "Sgt. Scream" um 11:39