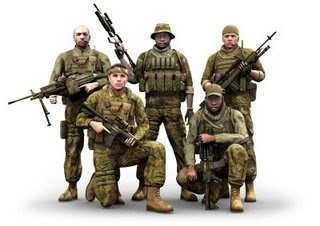 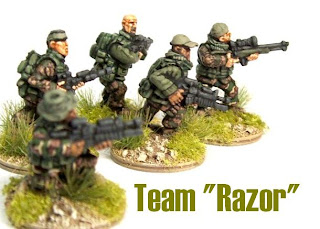 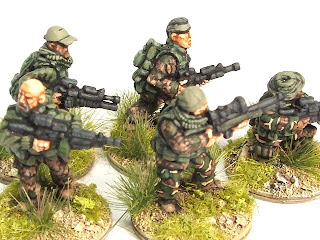 Above you see the characters of the Bohemia Interactive pc game ARMA 2.
They are forming Team "Razor" which the player assumes command over when playing the campaign. They are a small but elite recon unit of the USMC's Force Recon Battalion.
All miniatures above are RH Liberation 20mm figs, who were heavily converted with green stuff to add pouches, rucksacks and detail were necessary. Some headswaps were done as well but yet all parts are Liberation only.
This awesome work was done for me by Rob, again commissioned to create something out of the ordinary and as you can all see he has done a fine job!
Eingestellt von Chris M. aka "Sgt. Scream" um 22:56

Usually I'm leery of the word: but "awesome" just about covers this work!