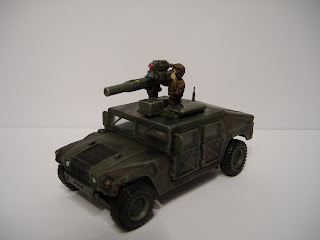 The HMMWV is a Dragon model in 1/72 scale while the gunner is made by Matthew at Elhiem Figures. I was the one suggesting to him to produce a gunner figure for the TOW variant as until then there was no such thing to fill the gamer's need. Matthew agreed and came up with this sculpt in less than 10 days. I got the first one for free for having given the very idea for it, but it remained in a drawer for month. Until now.. 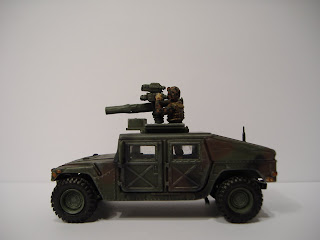 A very nice shot, showing how the gunner actually is sculpted in a way that he takes the handle for the TOW controls... 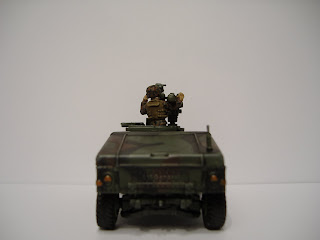 ...and has a look throught the sights of his weapon system. 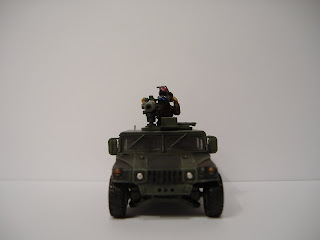 The front shows the various optronics of the Tube-Launched, Optically-tracked, Wire-guided missile system. 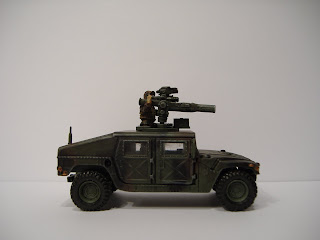