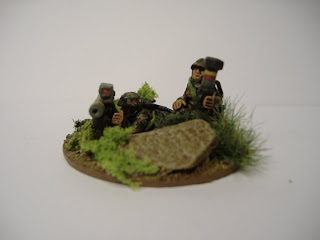 The HJ-8 "Red Arrow" is a SACLOS (semi-automatic command to line of sight) guided missile in use with the Chinese PLA. I used a modern French MILAN team from RH Liberation to build this little diorama of a tank-hunter team waiting in ambush position. 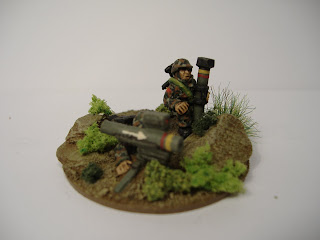 I wasn't sure about markings used on the launcher tubes, so I went with those that could be seen on vehicle based ATGMs of the PLA during the 2009 Parade in Beijing.
Note the shoulder straps made from Green Stuff. 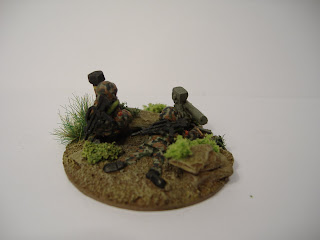 Both team members received QBZ-95 Assault Rifles made by S&S, which I added to the shoulder straps I made from Green Stuff. Basicly I only did this to make the obvious French-looking miniatures (they are based upon such) look more Chinese army like.
Eingestellt von Chris M. aka "Sgt. Scream" um 09:52