The Dragon Rises: PLA Type 99 (ZTZ99B) battle tank adds its firepower to the Battle For Skira

The Type 99, also known as ZTZ99 (...), is a third generation main battle tank (MBT) fielded by the Chinese People's Liberation Army. It is made to compete with other modern tanks. Although not expected to be acquired in large numbers due to its high cost compared to the more economical Type 96, it is currently the most advanced MBT fielded by China. The ZTZ99 MBT is considered one of the 12 best tanks in the world, and is a successor to the Type 98 G tank manufactured for the People's Liberation Army (PLA). (taken from http://tanks.net16.net/ztz99.html )

This resin and metal kit is made by S&S models. I had it sitting on my shelf for nearly 1 1/2 years now and it was about time to finally paint it. If you click the label "PLA" you will even find the post were you can see it raw, without paint (and how long ago that was, too *doh!*) 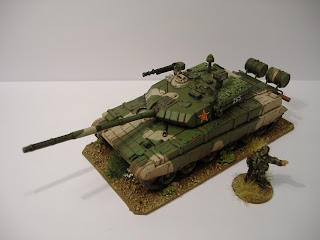 This shot gives you an idea of the impressive size of China's latest battle tank in ~1/72 scale, the infantry NCO is shown for scale. 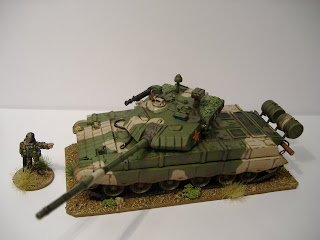 Of course the turret spins. :-D 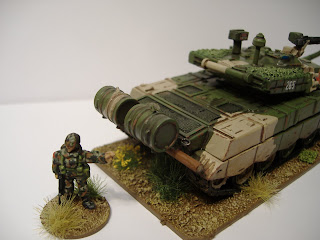 I cannibalised a Revell T-72 for drums, towing cables and the obligatory trunk of a tree. Note the texture on the log. 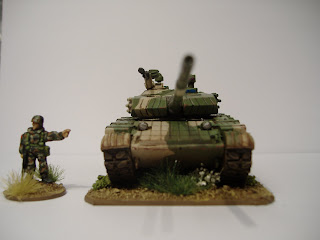 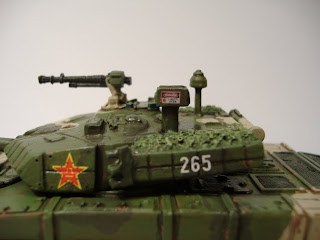 The small device with the laser warning label is part of an active protection system (APS). The laser-dazzler confuses enemy sights, optics and incoming warheads of ATGMs. The PLA badges and numbers are part of decal sheets I got off Chinese ebay for bargain. 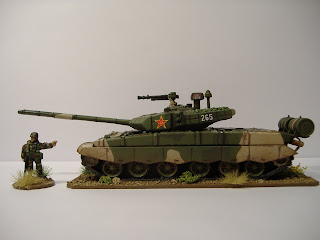 The side view shows the subtle weathering. I was trying to add some mud and dust effects to the trackguards. Some chipping here and there gives it a well-used look. 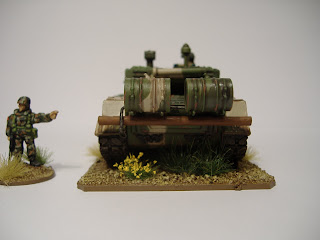 Rear view. Towing cable and drums and better view of the trunk of a tree that is used to pull the tank out of mud if it got bogged down. 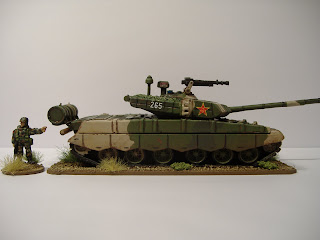 Other side with the commander's hatch and the QJC-88 heavy machine gun (pretty much the same like the Russian DShK). The top of the tank shows the engine's grilles and the camo nets in the turret stowage bins. 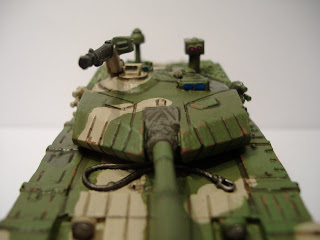 Detailed shot of the turret. Note the optics and laser-dazzler device (APS). Some minor rust marks were painted on various armour panels. 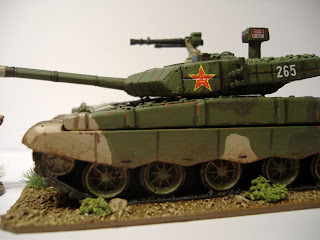 Mud and dirt stains on the trackguards were painted on using a variety of brown colour tones. Paint chipping was done using saddle brown from Vallejo.

Nice looking tank.The Chinese army is getting a hell of a more modern up to date feel to these days.

Good to see some Chicom stuff.

Awesome work, Chris.
I have listed you for the viral "Stylish Blogger Award", details here:
http://tinyurl.com/6ae6rcf