Welcome to Volume #4 of my series of articles about books which will help you getting your historical gaming of "Moderns" right. This time I will introduce to you Osprey Publishing's "Essential History" series. What are these about? Well, they are as the name already says a collection of essential knowledge about a certain era in history. As Osprey's focus is on the human history of warfare, they do of course first and foremost portray conflicts in history. If you want to game a certain era you feel interested in, you normally need to know something about the background of the conflict. Most likely the questions you need to answer before you start collecting forces are

The "Essential History" series does help to cover these questions with in-depth detail and knowledge to find all answers you need. Once you found what forces were deployed, it's easy to pick a miniature-producer of your choice, buy your force and use "Warrior", "Vanguard" or "Elite" series of books, to paint and build them accordingly. If you know when in history you are fighting, your resources of books will help you not to field a variant or technology that wasn't available. If you know who did fight, you might find it out of a sudden interesting to field troops, that most never heard of before participating (like fielding French Armor, instead of US in Desert Storm - yes, they were there!). Detailed information about whom you are facing helps determining, what you need to collect as an opposing force. Why the war was fought is by all means most important - it helps to come up with own scenario ideas or mission objectives. 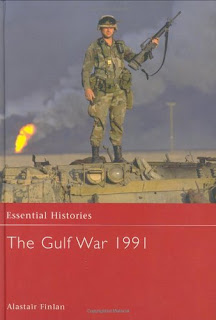 Osprey does produce a lot of books in this series, most of them that are already released will give you an insight into the conflict you are most likely to play. Step by step, they also un-cover what was long hidden from public. Politicians and regimes and their very own agenda of reasons to send troops into a war, the truth behind some of the real goals they wanted to achieve. 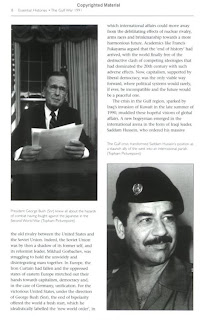 Who were the strong men (or women) behind the governments of the era in focus, how did they behave - aggressive or rather diplomatic? Who lead the forces, successfully or pathetic? How did the war unfold, air campaign and ground conflict described in detail. 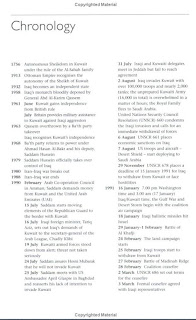 What was the Chronology of the war? What goals where achieved and when? When and where did the most important operations take place and who won those battles? This series of books will help you to answer all of these questions.
Combined with the other series Osprey has in stock and the forthcoming campaign packs and supplements for Force On Force, gamers will have unprecedented knowledge about the forces and wars they fight with miniatures. I doubt any other game or publisher ever has presented playing history in such a detail as you can cover with those books.
Eingestellt von Chris M. aka "Sgt. Scream" um 12:22