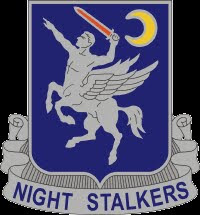 The 160th Special Operations Aviation Regiment (Airborne) is a special operations unit of the United States Army that provides helicopter aviation support for general purpose forces and Special Operations Forces. Its missions have included attack, assault, and reconnaissance, and are usually conducted at night, at high speeds, low altitudes, and on short notice. The 160th SOAR is headquartered at Fort Campbell, Kentucky. The 160th SOAR (A) are also known as the Night Stalkers and their motto is "Night Stalkers Don't Quit".


Hi, so I finally started with a my Nightstalkers helicopter fleet. As they took part in about every campaign since Grenada, they will be very useful for my FoF US Army and Special Forces. I am planning on a MH-6, AH-6j, MH-60K, MH-60L DAP and an CH-47E.
I began working on the smallest of them all: the "Little Birds". I used Tamiya kits, Italeri kits and lots of scratchbuilding to get me two variants. Let's start with the AH-6j (armed) "Little Bird", well known since Hollywood's version of "Blackhawk Down". 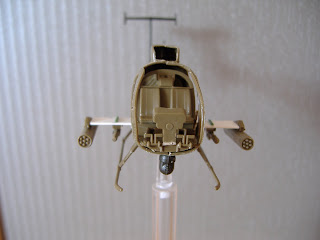 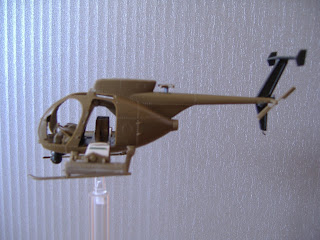 always love looking at your blog, gonna 'steal' this and try it for myself :-) thanks and keep up the great work