Next Mech coming off the the assembly line is Brigadier Corporation's 80 ton GOL-1H "Goliath" four-legged Assault class weapon of destruction.

This is a rare plastic kit. It was available in 1/200 and 1/144 scale and is known as Abitate Crab Gunner or Tequila Gunner (there was a variant with infantry platforms) from Fang Of The Sun Dougram. The kit shown below is the larger version in 1/144. It is taller than any Mech I have built so far, although it is only marginal taller than the Warhammer I finished a couple of days ago. 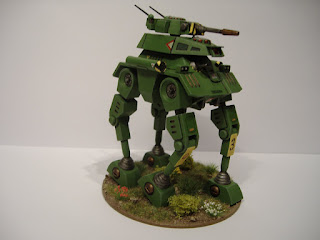 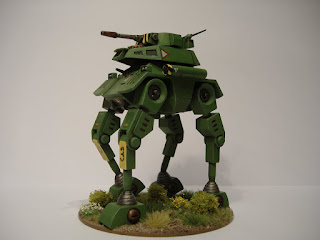 This dramatic shot of the Goliath striding shows my modification to the rear foot. I had to cut it off to make the strinding motion look more natural. 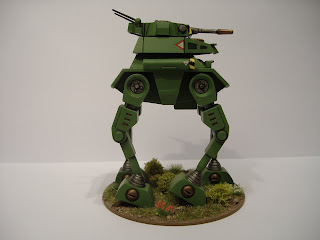 Somehow the Goliath really is an ugly piece of machinery. But then, on the other hand - its a four-legged tank chassis. Whoever came up with this idea did so a long time before "Dust" and other WW2 Mecha games became popular. 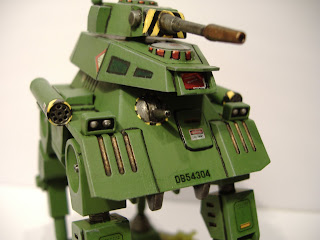 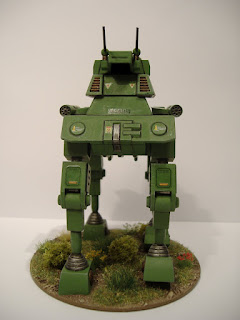 The rear shot reveals the massive height of this Mech. It stands 3.5 inch tall !! But I guess it wasn't called "Goliath" for no reason. ;-)
Up to the next two Mechs (already built and based)....

It doesn't look all that different from the TRO:3025 artwork with the legs that way really.