Another set of Taliban miniatures on guard duty. 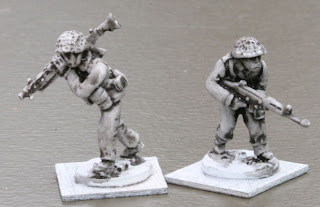 Matt made also a new set for his growing range of Pakistanis. Indo-Pakistan war anyone? 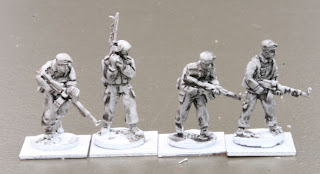 Iranian commandos - Elhiem offers a huge range of minis to play the Iraq-Iran War of the 80's.

Cold War US troops in arctic gear. Now these are superb for scenarios like Ice Station Zebra or maybe a mission similar to those in Call Of Duty Modern Warfare?? 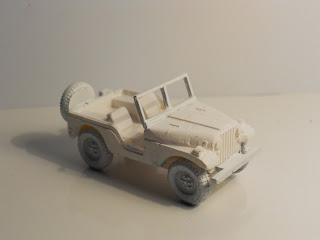 Shaun made a simple kit for a Jeep M38A1. Comes in handy for all of you Vietnam players out there. It was also used in large quantities by Israel in the Arab-Israeli wars. 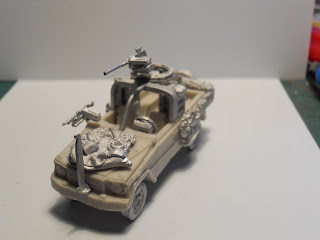 A Dutch Army Special Forces Mercedes G-Wagen. As in use in Afghanistan for example. 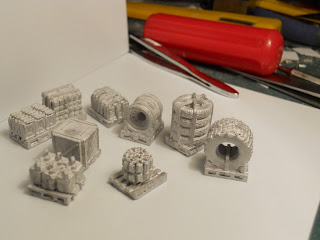 Palleted cargo for military trucks. Could be used for any scenario including supply vehicles. Can also be placed in Forward Operation bases or any backyard on most gaming tables. Very useful little pieces! 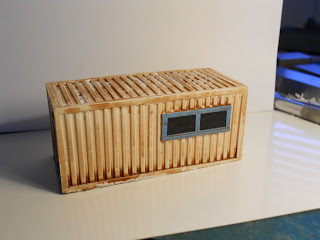 A 20mm container. Shaun has done a lot of other containers in various sizes out of resin. This one can be placed on most tables: at a harbour, a construction site, in a military base. Very nice model.
Najewitz Modellbaushop releases for March 2011:
Jens at Najewitz Modellbaushop has a new series of 20mm generic middle eastern buildings that can be used for Africa, Iraq and other settings. The Hotel Olympic Mogadischu particularly is stunning - it looks exactly like in Blackhawk Down. The other building is a generic house with balcony. It comes with parts for either Turkish Balconies or Air Conditioners. 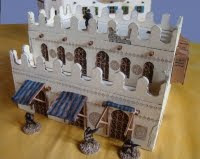 Nice post - and some stuff I missed too!
Great resource for people and looking forward to next post in this series