Thank you, real life - for letting me have off from work for once. Oh happy day, I was able to put finishing touches to the Abrams turrets. Due to a lot of feedback that my vehicles appear to be too "clean" for frontline armour, I had a go on those turrets with Tamiya's superb weathering sets. These sets come with three boxes of pigmet powder in various tones and a dual applicator (one side a brush, the other a pen-type Weathering Stick). Please note that no matt varnish was applied when I took these pics. It is absolutely necessary to apply a coat, otherwise the pigmets will stick to your fingers everytime you grab your toys!!! 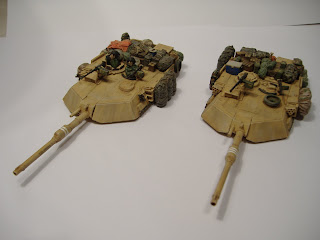 See the frontside of the armoured turret hull - the vertical weathering was done with the applicator stick. 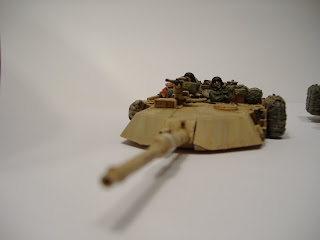 A close up of the weathering in various tones of pigment. 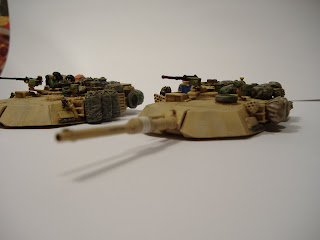 Another shot of the frontside. I used "Sand", "Light Sand" and "Dust" to apply those faded lines. 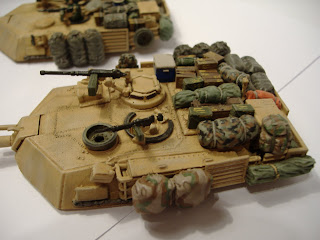 See the dust and pigments on the turret top? These were applied with the brush side of the applicator tool. 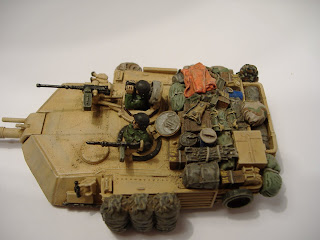 I mixed all pigments that came in the sets from Tamiya and used the applicator tool's brush to "drybrush" (the technique is the same as with a acryl or enamel paint) dust and sand into all recesses. Note the duffel bags in the lower part of the pic - it shows traces of multiple tones of pigment. 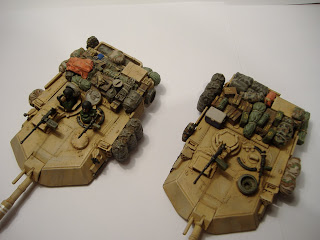 With the pen-side of the applicator I brushed carefully over all weld seams. I also applied dust to where the crew would most likely have went over on the top of the turrets. 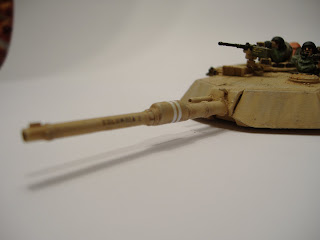 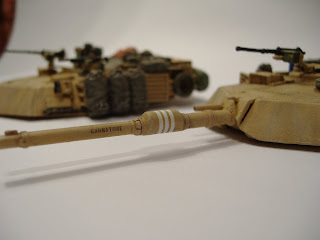 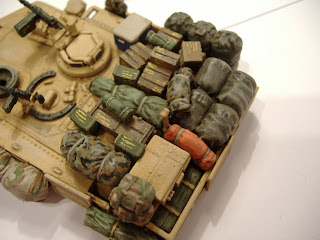 Multiple pigments were mixed and applied heavily over the complete stowage, just as it would have been in a sand storm. 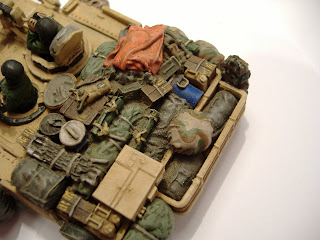 Check out makeup clearance racks if you like those pigment powders. I was able to find some good colors there at a fraction of what Tamiya charges.

Fantastic work. Hard to believe they are not 1/35th scale.